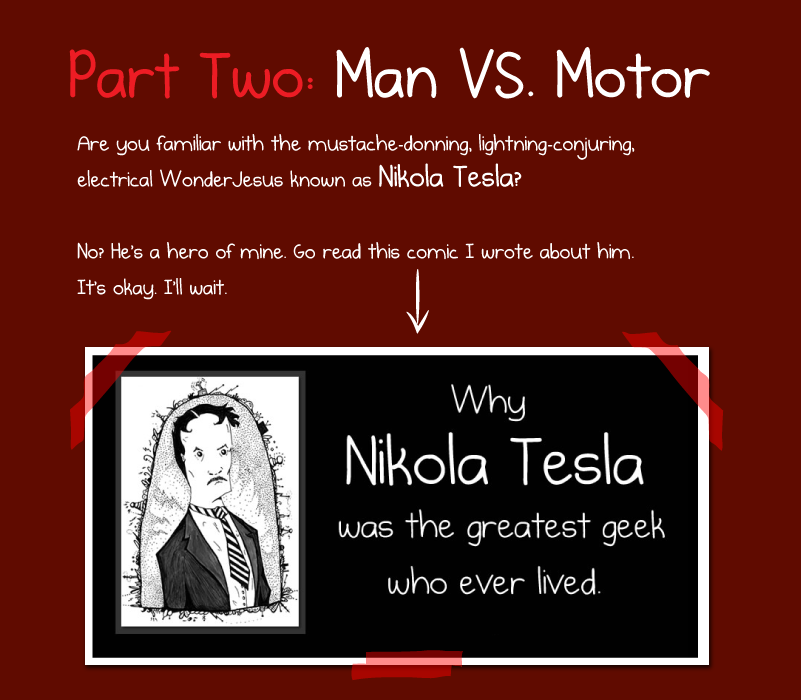 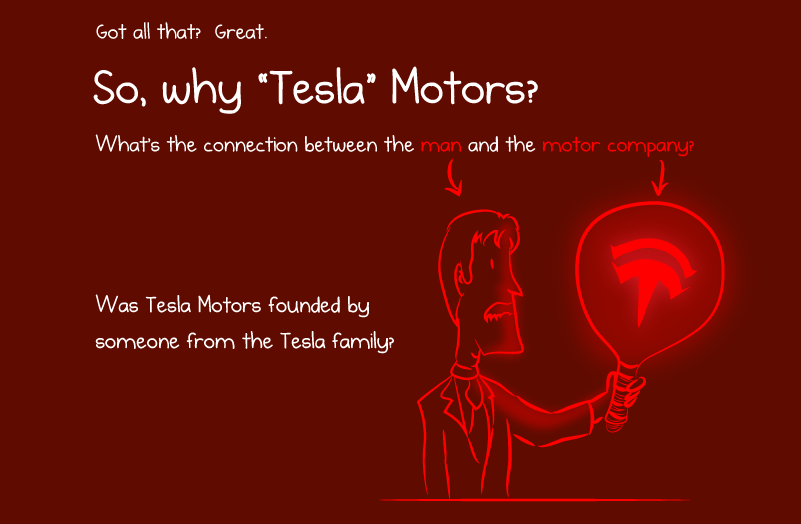 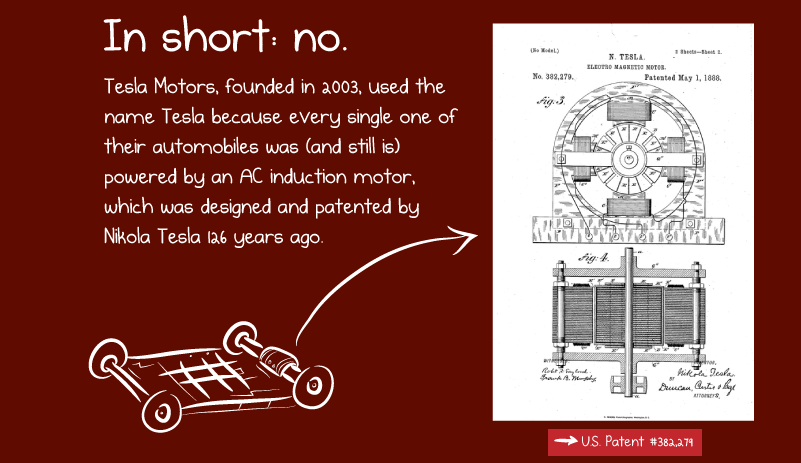 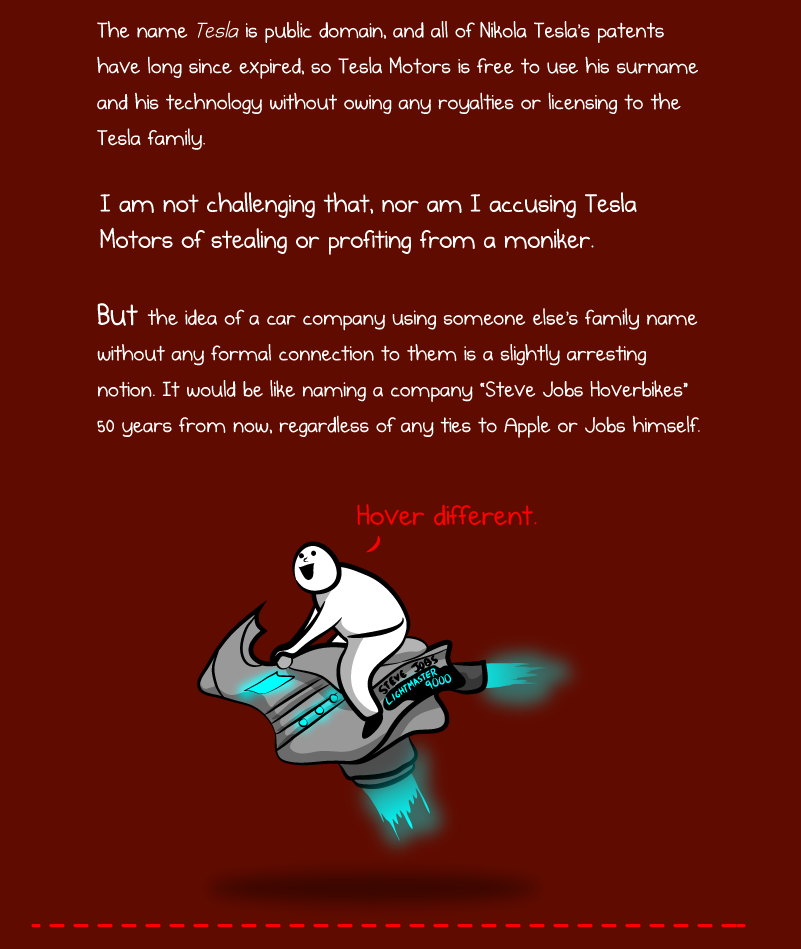 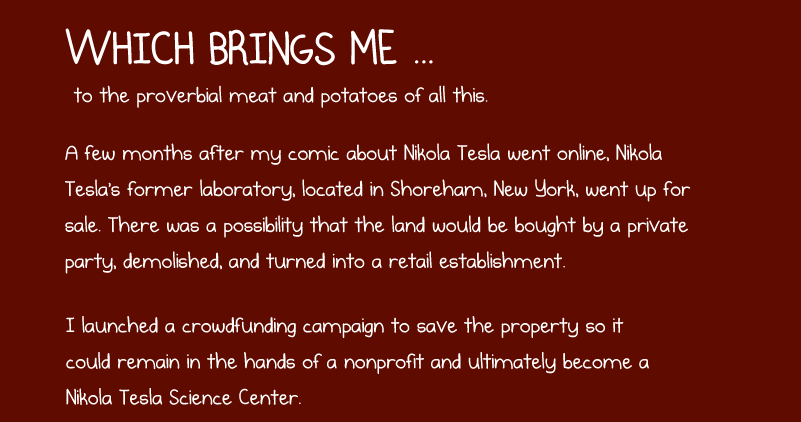 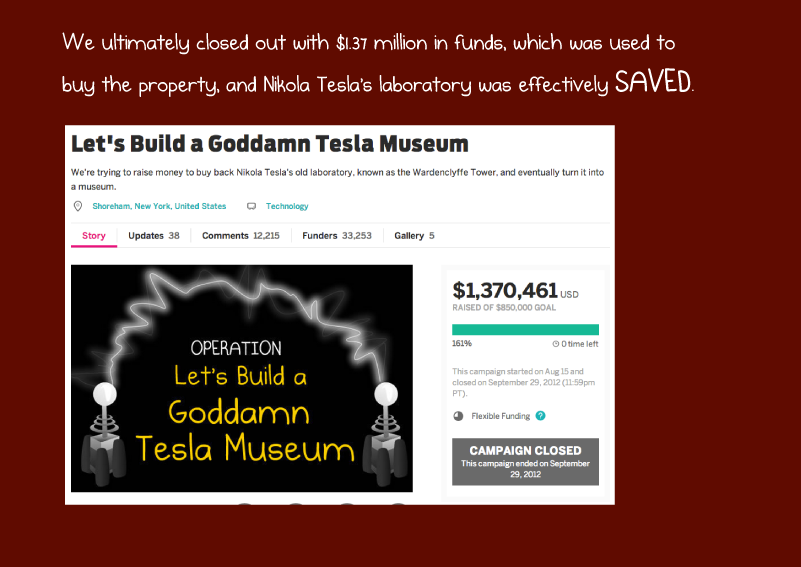 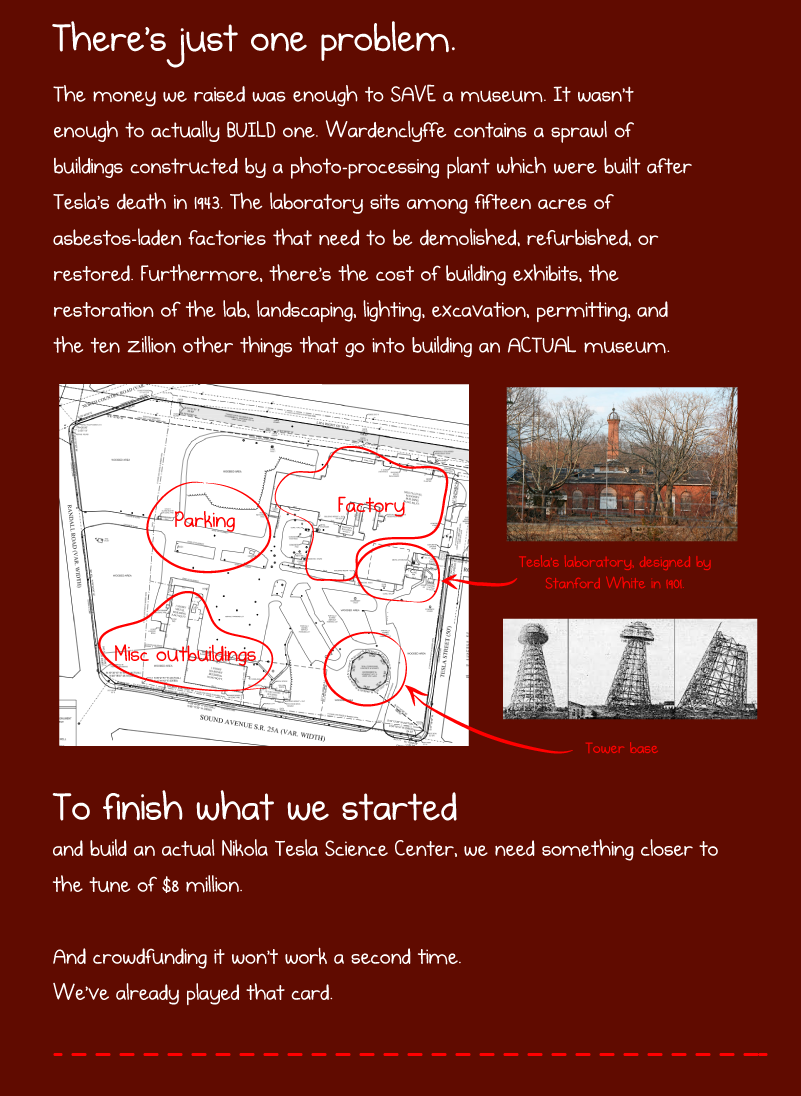 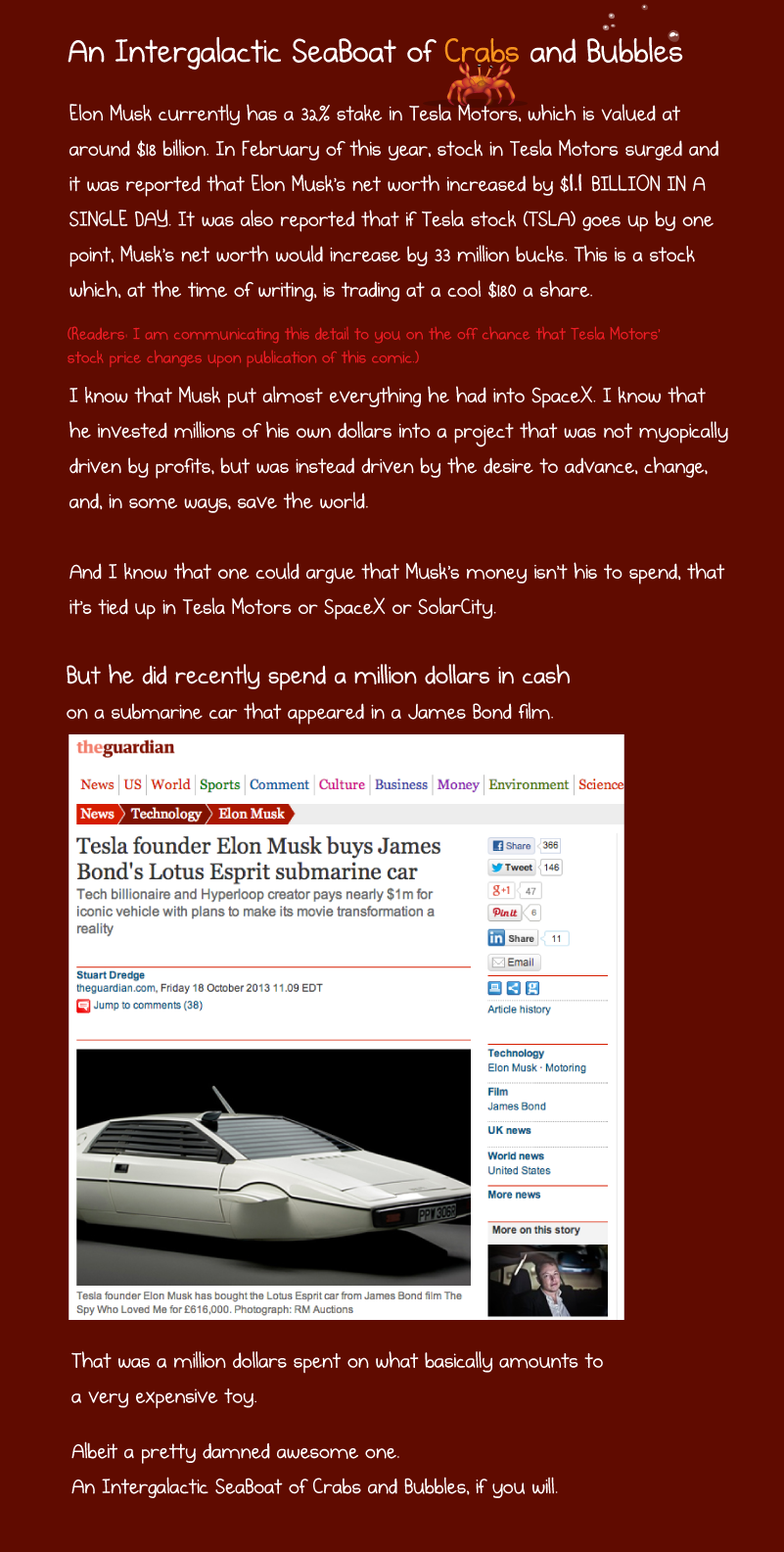 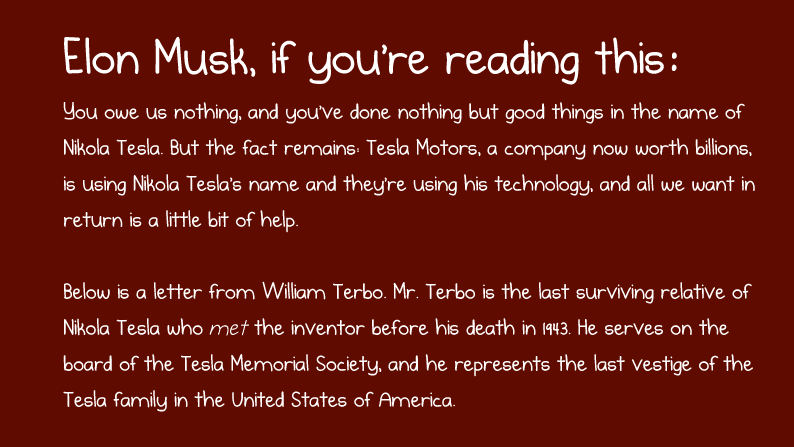 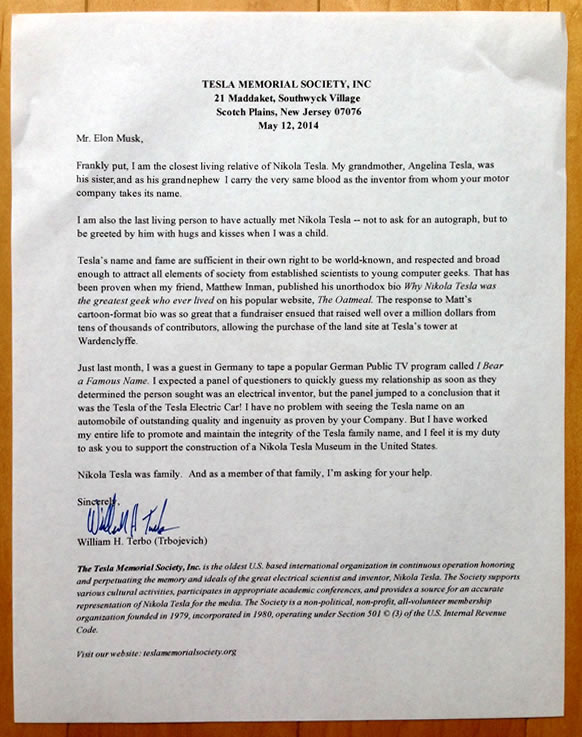 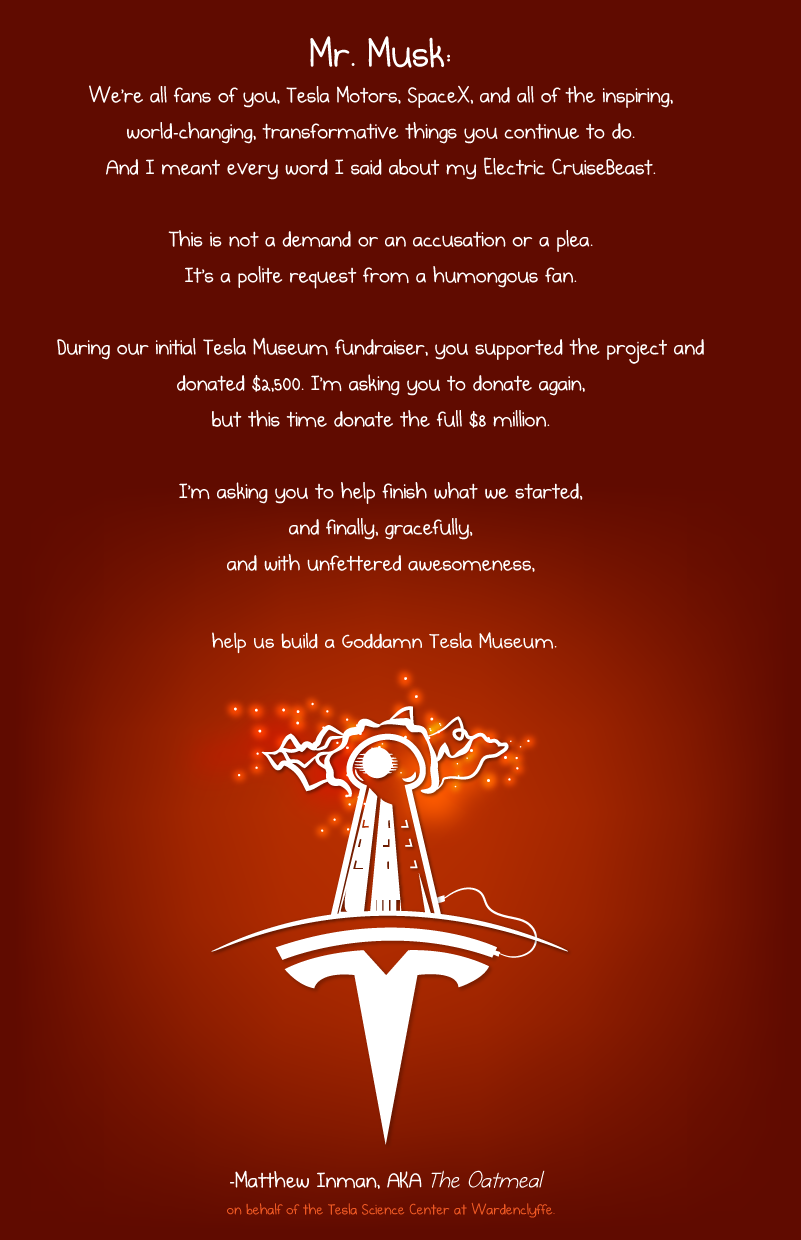 @Oatmeal I would be happy to help

I spoke to the man directly, and he agreed to two things:

1. He's going to build a Tesla Supercharger station in the parking lot of the museum.
2. He's donating $1 million dollars to the museum itself.

Elon Musk: from the deepest wells of my geeky little heart: thank you.

Dancing Matt
I want to give a big thanks to Matt Harding for first convincing me to buy a Model S, and then later helping me write the review of it. Matt is the friend with the solar panels on his house whose car is powered by the motherfreakin' sun.
Matt Harding likes to dance a lot, and sometimes we do important science together.


Why $8M?
It's been a year since we officially closed on Wardenclyffe, and after getting countless estimates from site planners, architects, and museum curators from all around the world, we determined that $8M is the bare minimum to build, staff, and maintain a Nikola Tesla Museum. While we'd be grateful for any amount, any less than $8M would pretty much leave us in the same boat we're in now.

Is there anything I can do to help?
Buying Tesla stock couldn't hurt, although a much cheaper strategy might be to simply get the word out and
let Tesla Motors or Elon Musk know that you support this idea.

You can also donate to the Tesla Science Center at Wardenclyffe. 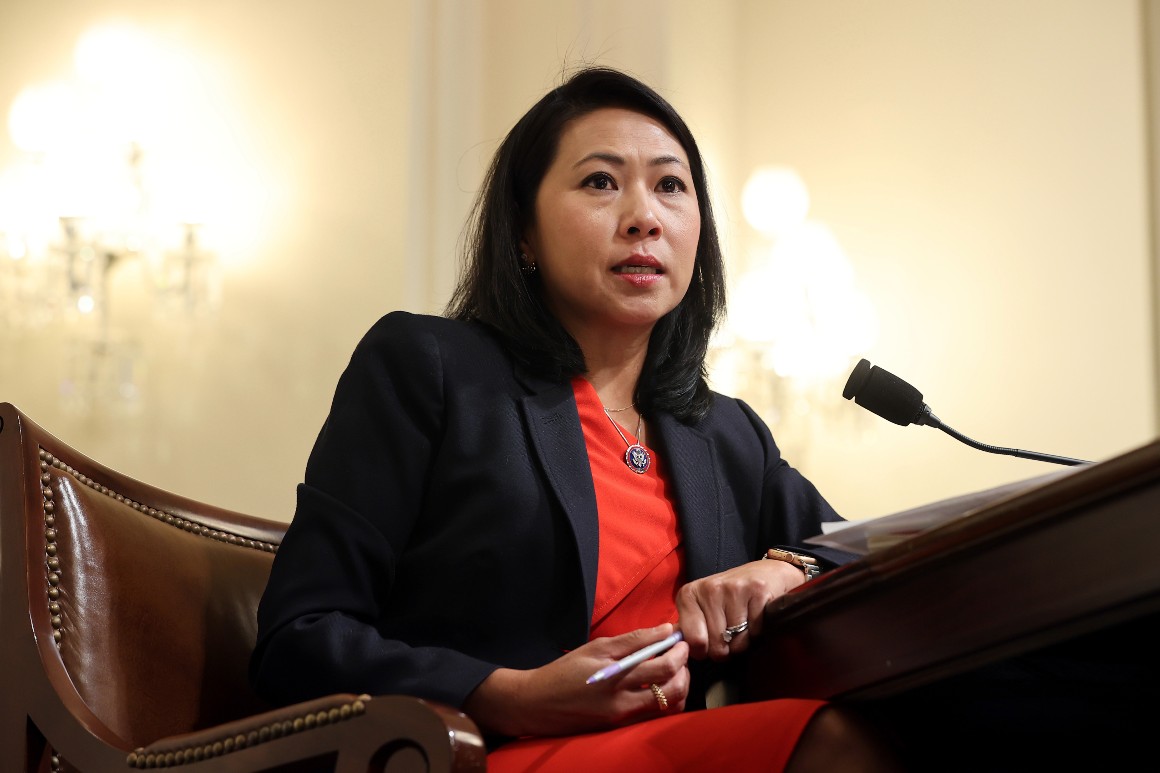 Dems torn between wooing and badgering the Biden age... McDonald’s To Roll Out Meatless ‘McPlant’ Burger In ...