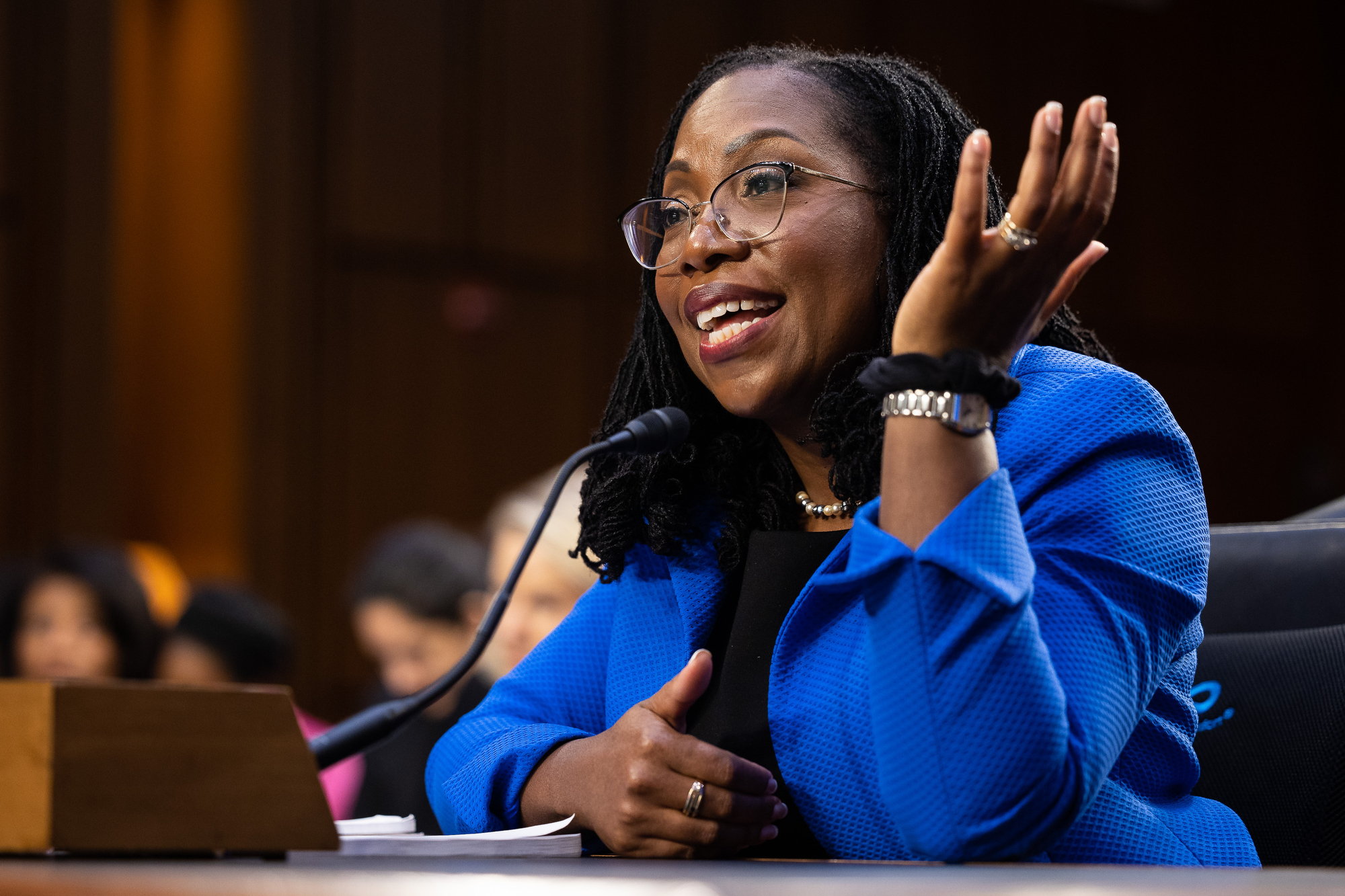 Supreme Court nominee Judge Ketanji Brown Jackson indicated Wednesday that, if confirmed, she plans to bow out of a high-profile affirmative action case that the high court is set to take up this fall involving Harvard — where she sits on a governing board.

Jackson, who would become the Supreme Court’s first Black woman justice if confirmed, told Sen. Ted Cruz (R-Texas) that she does not intend to participate in the case brought by a group that complained that Harvard’s undergraduate admissions policies discriminate against Asian Americans in favor of Black Americans and Latinos.

“That is my plan, senator,” said Jackson, a Harvard College and Harvard Law School graduate who has served on the university’s Board of Overseers since 2016 and on that panel’s executive committee since 2019.

The high court announced in January that it plans to take up the long-running lawsuit, along with a similar case the same group filed against the University of North Carolina. Both cases are seen as potential vehicles for the conservative-dominated Supreme Court to bring an end to the efforts of schools to improve racial diversity by boosting minority candidates in the admissions process.

Jackson’s plan to remove herself from the Harvard case was the most concrete development during her second day of question and answers before the Senate Judiciary Committee.

Over the past two days, Jackson’s confirmation hearing has been dominated by several Senate Republicans who accuse her of not being harsh enough in her sentencing when it comes to people who download child pornography. Defenders of President Joe Biden's pick have repeatedly noted that her record on child pornography sentencing is in line with the vast majority of federal judges.

In a particularly tense exchange with Sen. Lindsey Graham (R-S.C.), Jackson said the internet has made it so easy to download large volumes of child pornography that federal sentencing guidelines no longer make sense in their recommendation of strong sentences for possessing large numbers of images or for using a computer in the crime.

“The guidelines related to child pornography were drafted at a time when a computer was not used for the majority, if not all these kinds of horrible crimes,” Jackson told Graham. “On the internet, with one click, you can receive, distribute tens of thousands [of images]. You can be doing this for 15 minutes, and all of a sudden you are looking at 30, 40, 50 years in prison.”

Graham leapt in to argue that sort of punishment would be well-deserved. In a further sign that he may be unlikely to support Jackson, he also grew visibly angry as he relitigated Justice Brett Kavanaugh's confirmation, asking Jackson if she'd watched those 2018 hearings. Graham accused Democrats of not bringing up sexual assault allegations that Kavanaugh vehemently denied until the end of his confirmation.

"He was ambushed, how would you feel if we did that to you?" Graham asked Jackson. "I would never do that to you."

As she did during her appearance in the Judiciary Committee on Tuesday, Jackson continued to emphasize the lectures she gives defendants at sentencing about the consequences of their actions, particularly the effect on those victimized as children. She also noted that convicts in child pornography cases are subjected to monitoring of their computer use for years.

GOP senators also zeroed in on Jackson's representation of Guantanamo Bay detainees, accusing her of alleging extreme impropriety at that time by top U.S. officials, like then President George W. Bush and Defense Secretary Donald Rumsfeld.

In several petitions brought on behalf of Guantanamo Bay inmates roughly two decades ago, Jackson alleged that the U.S. government violated the laws of war by torturing those terrorism suspects and Afghan fighters. Republican senators charged Tuesday that she’d branded Bush and Rumsfeld as “war criminals” — although that phrase doesn’t actually appear in the filings.

“Early in the process of the response to the horrible attacks of 9/11, lawyers were helping the courts to assess the permissible extent of executive authority by making arguments,” Jackson said. “We were assigned as public defenders. We had very little information because of the confidentiality or classified nature of a lot of the record."

Judiciary Committee Chair Dick Durbin (D-Ill.) defended Jackson, noting that the claims were not directed at Bush or Rumsfeld personally.”

Jackson said that as an attorney she had a legal duty to make all viable arguments on behalf of the men she was assigned to represent.

“Public defenders don’t choose their clients and, yet, they have to provide vigorous advocacy,” she said. “That is the duty of a lawyer.”

Some Republican senators took aim at her more recent judicial actions. Sen. Thom Tillis (R-N.C.) probed Jackson about an opinion she authored at the start of the pandemic as a judge on D.C.'s federal district court, in which she seemed to suggest that all prisoners in the D.C. jail had a strong argument for release due to the increased danger of catching the virus in those close quarters.

Jackson told Tillis that in that 21-page opinion, issued in response to a drug case defendant who had pleaded guilty and was awaiting sentencing, that she ultimately denied the request for release.

“It was a line in an opinion, and the beginning of the Covid-19 pandemic was a really, obviously, horrible and difficult time for all of us,” Jackson said, noting that the virus was “rampant” in jails and prisons and no vaccine was then available.

Jackson also noted that she was simply recounting the defendant’s arguments, although there’s no direct indication of that in that portion of her opinion. In that April 2020 order, she lamented that judges did not have more latitude to release prisoners. “The unfortunate current state of affairs is that the judiciary is limited in the steps that it can take to respond,” she wrote.

Jackson's final day of questioning began with Durbin defending her record on child pornography sentencing, which GOP senators have repeatedly attacked. In his opening remarks, Durbin emphasized that Jackson’s sentencing on child pornography is in line with “80 percent of federal judges” and countered that Sen. Josh Hawley (R-Mo.) supported GOP-appointed judges who have similar records.

While most of the questions were “appropriate,” Durbin added, he suggested that some Republicans sought to showcase “talking points for November.”

GOP senators complained that they had less access to the records of the criminal cases Jackson handled during her eight years as a district court judge. Democratic senators cited data Tuesday about probation office recommendations on her cases, particularly those involving child pornography or abuse.

But those records are not readily available in the public case files, sometimes emerging only orally during sentencing hearings. GOP senators demanded equal access to whatever records the White House is tapping into to defend Jackson.

Durbin said the panel’s Democratic members only got the probation recommendation data Tuesday and it was available to any senator who asked for it, although the White House shared some of the information with reporters after Hawley launched his attack on Jackson’s sentencing record last week.

Sen. John Cornyn (R-Texas) said the Judiciary chair chose to “editorialize” and “denigrate” the Republican lines of questioning, while Sen. John Kennedy (R-La.) responded that Hawley should have the opportunity to respond. Durbin said Republican committee chairs did the same when the panel was under GOP control.

“It’s called chairman’s time,” Durbin said. “If what I said was somehow problematic or painful yesterday, I'm sorry, but the Democrats are going to use the same mechanisms the Republicans used in this committee.” 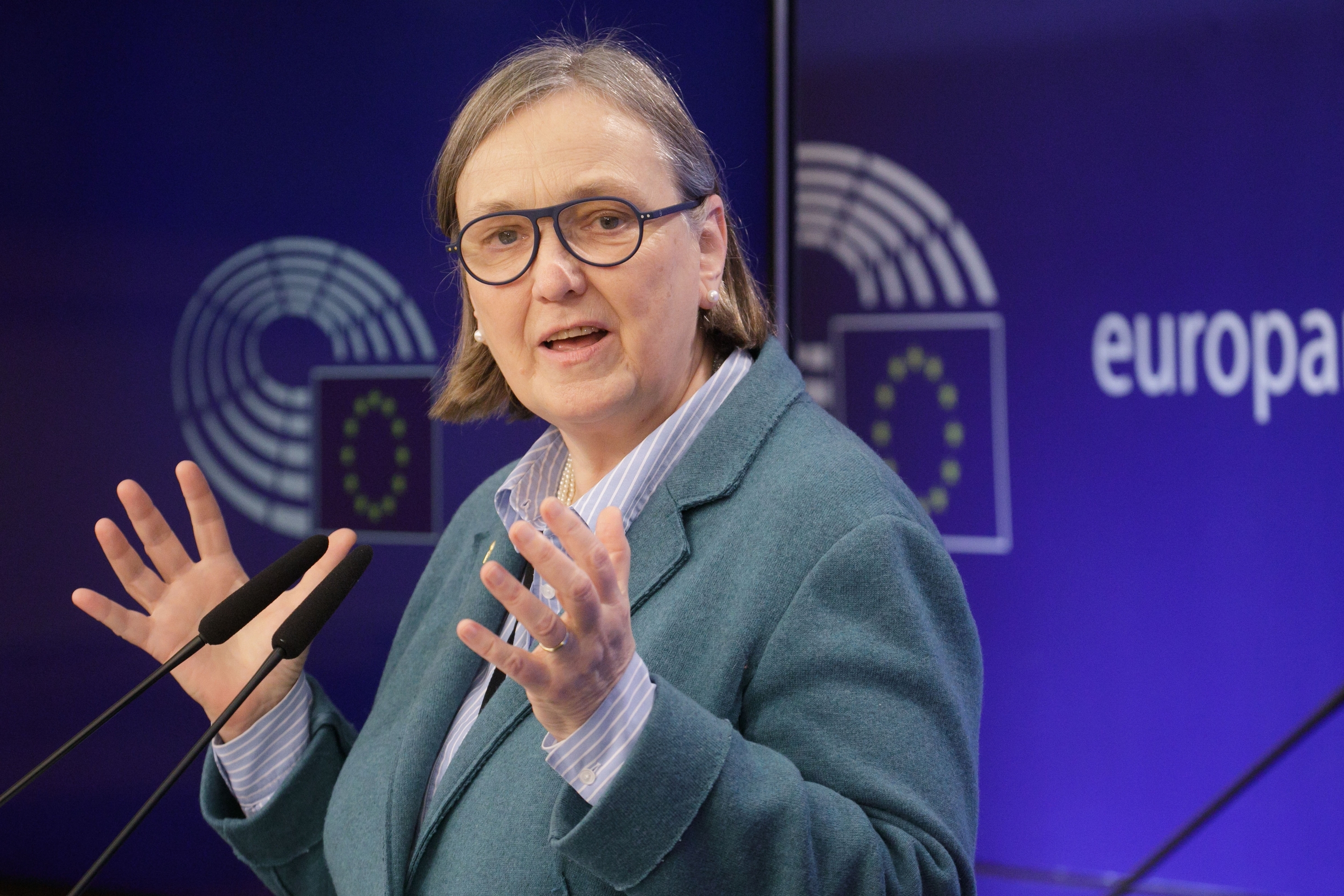 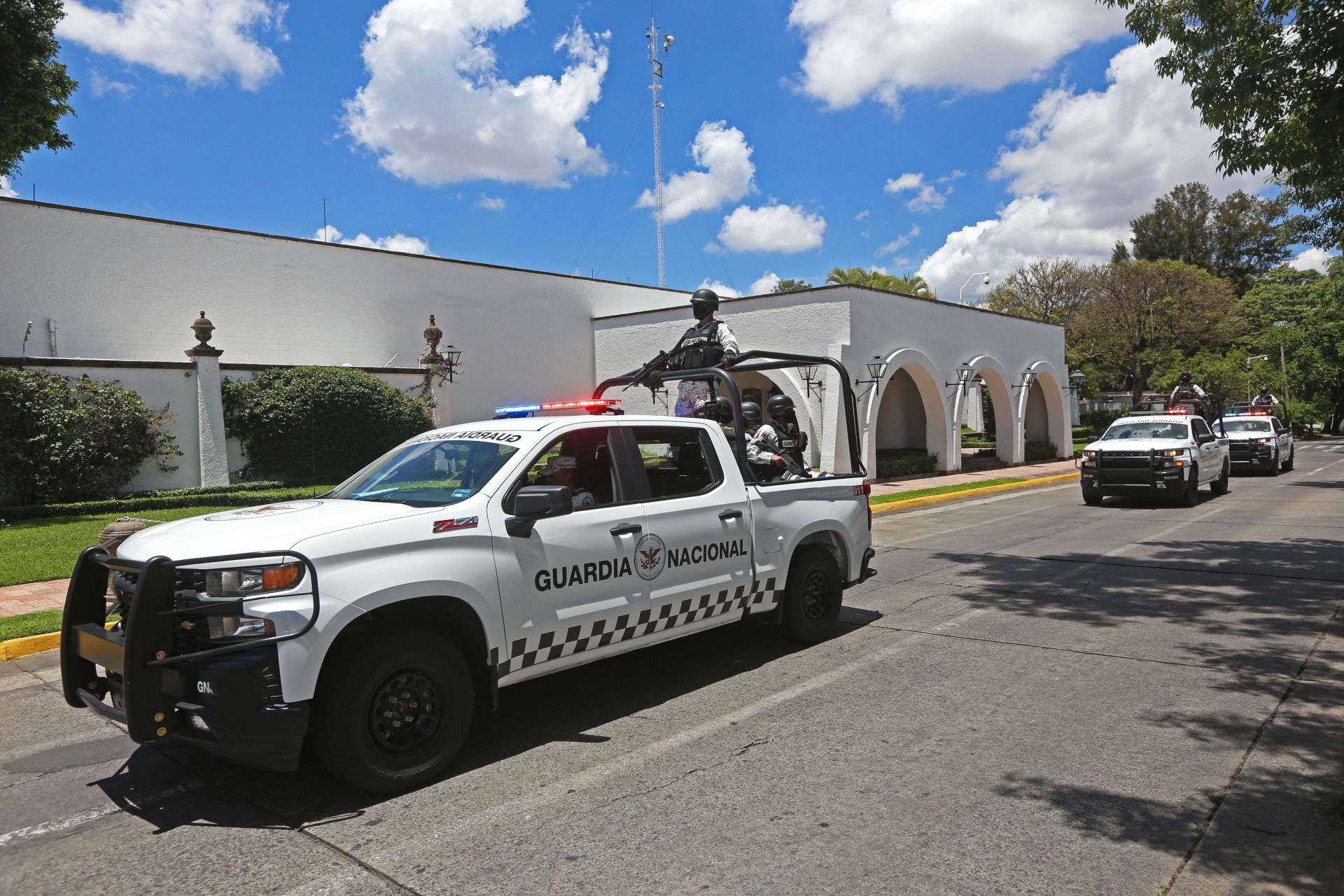 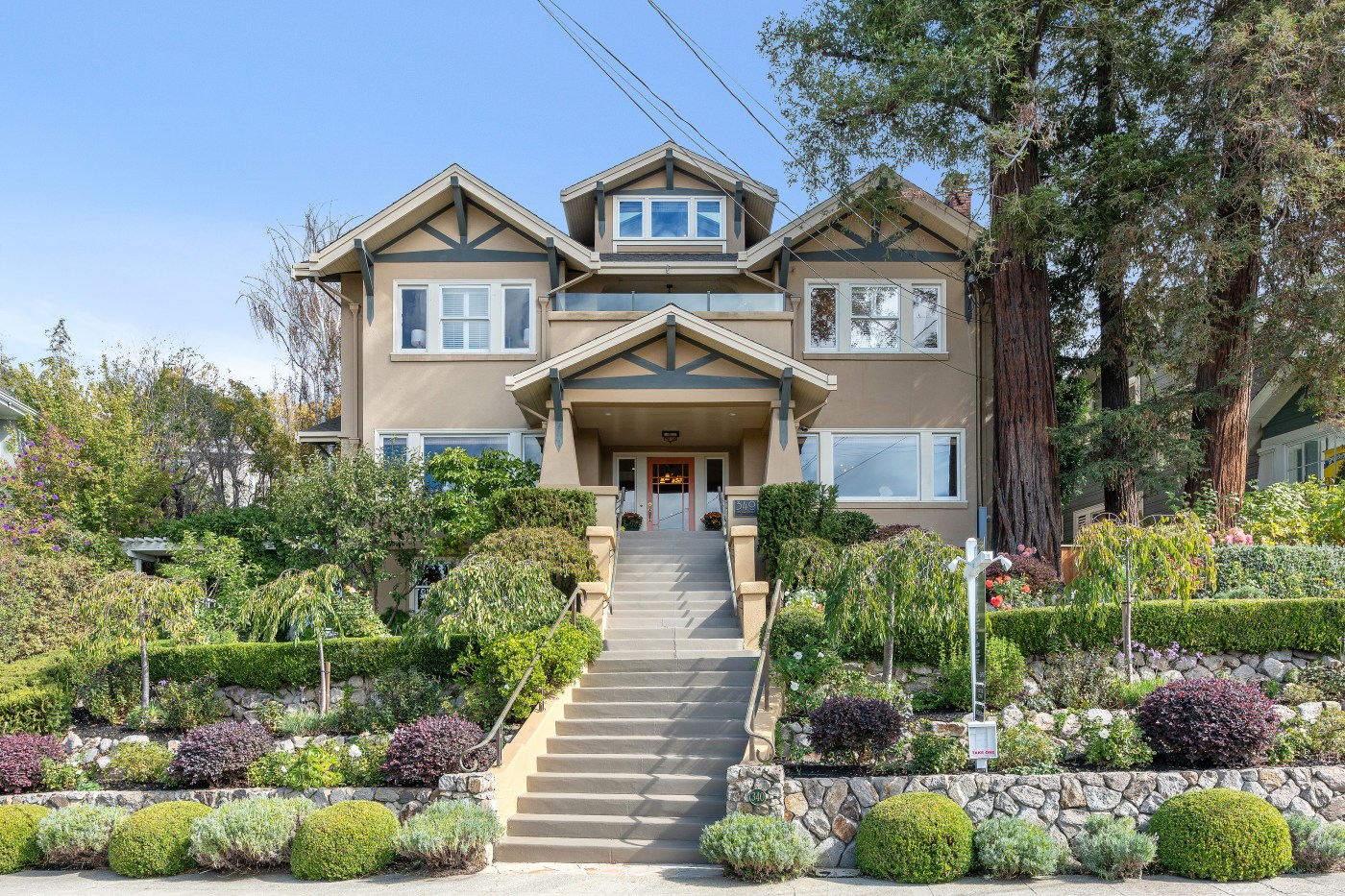