If Terry McAuliffe falls short in the governor’s race, look to Alexandria’s Crestwood Drive for clues. 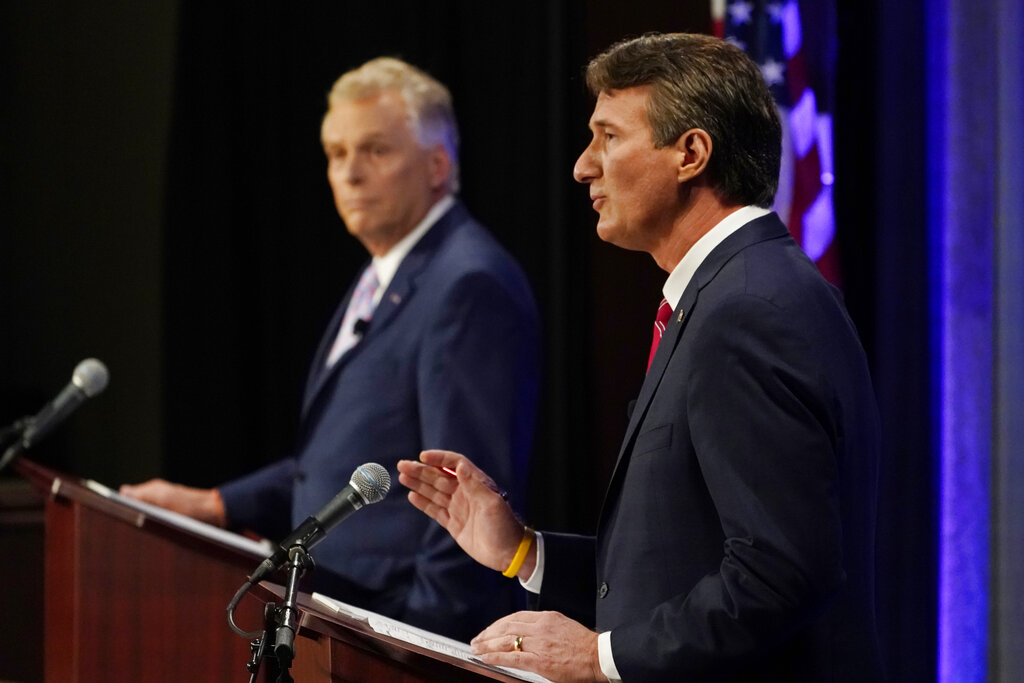 ALEXANDRIA, Va. — Drive down this leafy stretch of Crestwood Drive and it is clear 2021 is an election year in Virginia.

A visitor with no other context, however, might suppose that Election Day is still a couple months away. Or perhaps was a couple months ago. It sure doesn’t look like an exquisitely close race for governor in a contest with big national implications is down to its final hours.

If McAuliffe, a former governor who wants his old job back, loses in this state that President Biden won by 10 points a year ago — and that’s looking like a distinct possibility — the collective shoulder shrug of Crestwood Drive will be one clue about what happened. The story of an increasingly large and diverse state can be understood in part by the story of one small suburban block.

That’s because this stretch of Crestwood Drive is not just any block. One of the houses is owned by former Trump administration acting Homeland Security Secretary Chad Wolf. A year ago, his disapproving neighbors set the street ablaze in a gaudily colorful display of progressive activism. Many houses were festooned with multiple large signs — for Joe Biden, for Black Lives Matter, and for a host of liberal causes.

There was a community parade and rally outside Wolf’s house, to protest Trump and the Homeland Security’s efforts to suppress civil unrest in Portland, Ore. Political street theater in a neighborhood normally more concerned with elementary school theater was novel enough to prompt a story in the Washington Post (no easy feat given the Post’s depleted and generally inattentive Metro coverage).

Twelve months later, there is scant evidence that McAuliffe’s attempt to revive the agitated emotions of 2020 and to cast Youngkin as a Donald Trump proxy is working. What seems evident is that many residents are feeling drained and ready to return to a time when politics wasn’t all-consuming.

“Everyone exhausted themselves with the presidential election. And I think there was such a sense of fear that Trump would be reelected, that when thank God he wasn’t, you know, people tend to [say] ‘That crisis has been averted. I can go back to other priorities in my life,’” said Tony Sanchez, a 57-year-old Democrat who works for a defense contractor.

Crestwood Drive has not reverted to Pleasantville. A combination of politics and the pandemic, some residents say, still has neighbors feeling not especially neighborly. A festive block party that has been an annual tradition — one the Wolf family has helped plan — has not yet been revived, and at least some people say they aren’t much in the mood.

Let’s be clear on the limits of anecdotal reporting. There’s nothing scientific about a couple days of door-knocking in one neighborhood in a city that Democrats always carry easily. But the sedate mood on Crestwood is consistent with other evidence that explains why Democrats are worried.

Statewide polls show that McAuliffe’s lead has narrowed to a statistical tie. The Democrat has asserted that Biden’s softening support in the state, plus Washington partisan warfare, is creating a headwind for him, and recently admonished leaders in both parties to “get their act together.” The fact that Republicans have won no statewide elections since 2009 may have created an exaggerated perception that a historically center-right Old Dominion is now reliably Democratic. More likely, this year’s gubernatorial contest suggests, Virginia remains a competitive purple state.

No one, of course, would place Alexandria on their list of swing precincts. It’s a Democratic stronghold that Biden won with 80 percent of the vote in 2020. A year ago, the only Trump signs here were from people making a self-consciously defiant statement, designed to offend liberal pieties. This year, though, many people plainly feel they can safely express public support for a Republican without starting a neighborhood row.

“You see a ton of Youngkin signs around,” said Holly Ford, who has lived on the block for a quarter-century. “I think there’s a lot of quiet voters who are not going to vote for him, but you don’t see the signs in the yard [for McAuliffe] because I think Democrats are typically more demure” — especially in comparison to last year.

The block of 20 solidly attractive but hardly opulent houses on Crestwood between Valley Drive and Kenwood Avenue is nearly three miles from the famous Old Town area by the Potomac River. It is pedestrian in appearance and in fact — the kind of place where families with kids and dogs amble to a nearby small plaza for pizza or ice cream.

But it also illustrative of how in Washington’s inner suburbs, even seemingly unexceptional neighborhoods are infused with historical and contemporary politics. The block is just a few hundred yards from Parkfairfax, a World War II-era development where both former presidents Richard Nixon and Gerald Ford rented apartments as young congressman in the 1940s. Besides the connection with Chad Wolf, this block of Crestwood backs up to Agudus Achim temple, where former Chicago mayor and Obama chief of staff Rahm Emanuel sometimes worshipped. A few weeks ago, McAuliffe himself was at the nearby house of veteran Democratic operative J.B. Poersch for a fundraiser featuring famous Clinton-era personality James Carville, whose now-adult children used to attend a private school in the neighborhood.

In short, it is the kind of place where people tend to pay pretty close attention to elections.

Most people understand the basic bets that McAuliffe and Youngkin are making in their respective strategies.

For Youngkin, a wealthy private equity executive, it is that he can put together a coalition of parts. One group is voters who don’t want to vote Democratic and think the candidate seems like a Virginia version of Mitt Romney, one who no doubt privately disdains Trump as much as they do. The other is a group of voters who like Trump and who think Youngkin seems like Kevin McCarthy — they don’t care what he thinks privately as long as he doesn’t publicly break with the ex-president.

Sanchez said he worries what he sees as Youngkin’s flagrantly disingenuous contortions might actually work. “I don’t know if Youngkin is perceived to be as big an evil as Trump was,” he said. “He’s a Trump-ophile and a disgusting human being. But I don’t think people view him as big a threat as they viewed Trump, so there may be a little bit of apathy there.”

Sanchez himself may modestly illuminate the trend. A year ago someone called the cops on his family because his “Biden for President” sign was too large, breaking city ordinances. His solution was to cut the sign up and display the pieces within less than an inch of each other. It was also lit up at night.

This year a McAuliffe sign is dwarfed in the front yard by a spooky Halloween graveyard.

For McAuliffe’s part, his strategic bet is all about voter turnout: The lower it is the more trouble he’s in. In recent days he’s summoned Biden, former president Barack Obama, and Georgia political star Stacey Abrams to the state, all trying to awaken latent blocks of people who lean progressive but don’t necessarily vote in non-presidential elections.

“In a gubernatorial election, we're normally flirting with 50% turnout and in a federal election, we're usually flirting with 80% turnout,” said Justin Wilson, the Democratic mayor of Alexandria who is running for reelection this election. “And the question is, you know, whether Democrats win or not, it's how many of those voters between the 50 and the 80 turn out in Northern Virginia.”

As for the political traumas of Crestwood Drive, where no one answered the door at Wolf’s house during two recent days of interviews on his block, the question is when Trump-era bruises will finally fade.

“Not just because of Covid, but the protests and everything put a real chill on the neighborhood relationships,” said one long-time resident, a government retiree who preferred not to be publicly identified. “Some people are still friendly, others are far less friendly than they used to be. Some people were downright nasty on both sides of the issue.” 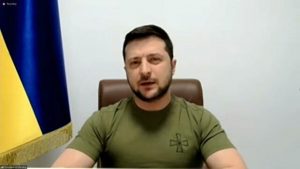 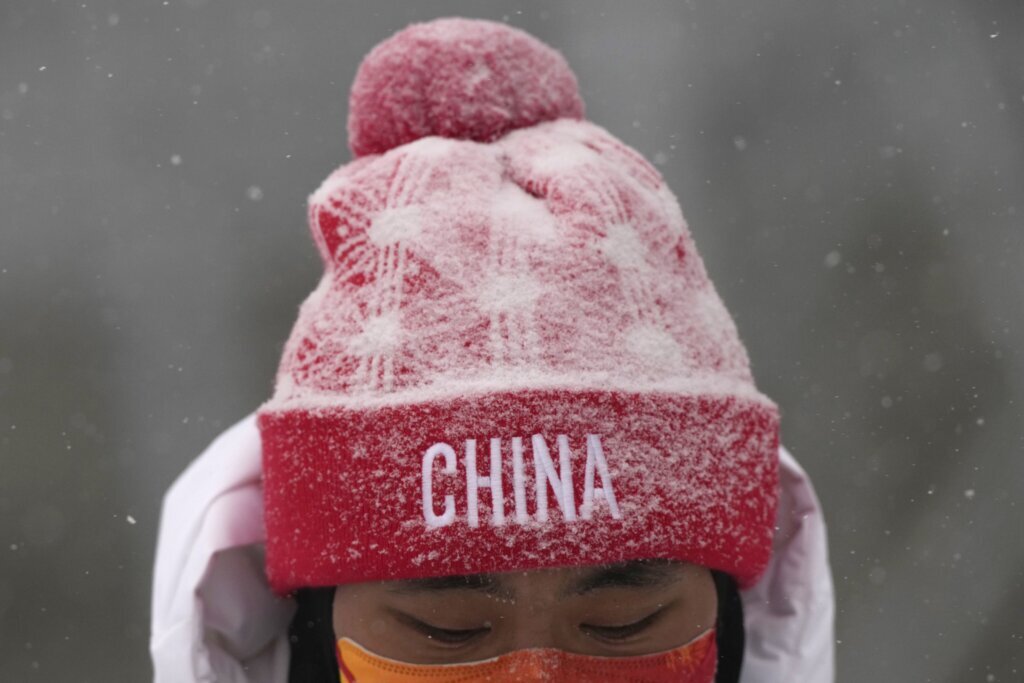