Comebacks, departures and discoveries are at the centre of soap next week, and we've got all the spoilers to whet your appetite until then!

There are shocks and surprises in store for the residents of soapland next week, as the festive season approaches.

To complicate matters further, Matty Barton knows all about Kyle Winchester’s role in Al Chapman’s demise, but will he keep shtum?

Over in EastEnders, Whitney Dean discovers that she’s pregnant with Zack Hudson’s child, while Hollyoaks sees Theresa McQueen decide to leave the village, breaking Romeo Nightingale’s heart in the process.

Buckle up, it’s going to be quite a week – and if you can’t wait to find out what happens then you needn’t worry as we’ve got you covered, with a whopping 25 spoilers to whet your appetite!

1. Stephen plays a cruel trick on Elaine, sending an abusive text to his own phone but making it look like it came from Gabrielle. When Elaine suggests that Gabrielle is gaslighting him, Stephen makes out it’s only what he deserves. Elaine responds by telling him that she too was in an abusive relationship and therefore she’d like to help him.

2. When Amy finds morning sickness pills in the bin, Summer is forced to admit that she lost her baby over a week ago.

3. Mary suffers a panic attack at rehearsal but after some coaching from Martha she gives a great performance. Afterwards, Martha invites everyone to join her at a play that evening, but Ken makes out that Wendy’s too busy but he’d be happy to go. Brian’s unsettled by their obvious chemistry.

4. Alya confronts Griff over his racist comments and threatens to call his employer. Griff warns her that she’ll regret it if she does.

5. With Steve and Tim still at each other’s throats, Eileen’s at her wits end. Steering them into the solicitors’ office she instructs Adam to mediate and sort this out once and for all.

6. Deciding it’s time he put a ring on it, Tyrone gets down on one knee and proposes to Fiz. As Fiz and Tyrone celebrate their engagement, they’re interrupted by the arrival of the journalist who wrote the John Stape book. Apologising, he hands Fiz a bag and explains it contains all his research into John Stape. He wants her to have it so that it never falls into the wrong hands.

7. Fiz and Tyrone present Hope with a new laptop for her birthday but Hope has other things on her mind and asks about an old cassette player. Discovering one in her pass the parcel at her party, Hope rushes home where she listens to the tape of John Stape.

Mariah Carey arrives in Emmerdale in time for Christmas - kind of

8. Denzel finds Amy in the café, and they have a heart-to-heart, but their chat is interrupted by Nugget, who mistakenly tells Amy that Jack has been fired. At home, distraught Amy self-harms, while Jack gets a call to let him know that Amy has missed a therapy session. He and Denise rush outside and see an ambulance loading Amy in. Jack promises Amy that everything will be okay as they leave.

9. Martin visits Sonia, who has been up most of the night looking at photos of Dot. He offers to help her plan Dot’s funeral with Reverend Mills, but she says she’ll be okay. Sonia seeks reassurance from the vicar that Dot is in heaven, and they discuss how her faith gave her comfort. Sonia is overwhelmed when Reverend Mills calls to say they can do Dot’s funeral on Monday. With the help of Martin, Sharon, Patrick, Jay and Kathy, she is able to pull everything together to give Dot the send-off she deserves.

10. Whitney bumps into Stacey at the pharmacy and it turns out that they are both there for the same thing – a pregnancy test. With only one pregnancy test pack of two left, the friends decide to buy it and take the test together. Whitney later reveals to Chelsea that she’s pregnant with Zack’s baby!

11. Stacey is amused that Jean thinks she’s pregnant, but admits the test is Whitney’s and swears Jean to secrecy. Later at Walford East, Jean bumps into Zack and mistakenly thinks he knows!

12. Karen accidentally tells Janine that Mick and Linda went shopping for Ollie’s school shoes, sparking more paranoia. Later, Janine calls the registrar. Mick lets Janine know that he and Linda are going to buy Ollie’s Christmas presents together, and she’s fuming but she cheers up when she gets some good news. The question is: just what is it?

13. Alfie ropes in Rocky, Mitch and Harvey to be part of the panto, but his efforts to get Kat to join the cast fall flat. She even bans him from including their kids in the show, which leaves Alfie stung.

14. Kim decides to bring the family together by throwing a surprise dinner. Denise and Jack are horrified to find Kim’s chaos in their home and worry Amy will struggle with having everyone here, especially Denzel. A tactless moment from Kim then sees Amy storm off.

15. Moira and Amy are back in the village, and Matty knows the truth about Kyle. Amy is intent on prioritising Kyle, who is struggling. Kyle makes a memorial for Al, evidently tormented by what he’s done. Matty, meanwhile, is worried that it’s too soon for Kyle to return to school.

16. Amy makes it her mission to clear Moira’s name over Al and orders Chloe to drop the investigation for Kerry’s sake. Chloe agrees, but is hurt when Amy asks her to move out. With nowhere to turn, Chloe informs her sister that she’s pregnant. Will Amy change her mind?

17. Jimmy lets it slip to Mandy that Vinny has been playing poker in a bid to distract himself from Liv. Mandy, fuming, accuses Vinny of turning into his father, while Jimmy feels guilty for starting it. The following day, Mack and Vinny discuss strategy in the cafe ahead of the poker game with Darren. But is it all getting out a bit of hand?

18. Dawn tells Rhona about an opportunity presented to her at Home Farm. Rhona is shocked by her lack of self-belief and bolsters Dawn to accept Kim’s position, reiterating how invaluable she has been at the surgery. Gabby, meanwhile, approaches Kim with her concerns about Dawn. Kim suggests that Dawn and Gabby shadow her for a few months and makes it clear that the best candidate will ultimately receive the job. The battle for the job at Home Farm is on!

19. Charity updates Belle on Chloe’s antics. When she teases Chas about cheating on Paddy, Belle’s immediately suspicious of Chas’ cagey reaction. Chas denies her relationship with Al to a suspicious Belle.

20. Marlon prepares to return to work at the Woolpack.

21. Bobby returns home but it’s far from a warm reception, as Goldie sets herself a mission to get a confession out of him. Bobby, however, overhears Goldie’s plan to get him behind bars and a tense conversation between the pair ends with a sinister threat, as Bobby dons his angel nativity costume. But just what is in store?

22. Verity accesses the online male forum, where she leaves a message revealing to the users that she’s Eric’s sister, writing that her brother will no longer be using the site – but she opens a link in regards to Maxine, and she’s left stunned by what she sees. Mason, meanwhile, tells Eric about Verity hacking his account and the realisation dawns on Eric that Verity must have seen the aforementioned Maxine post. He takes to the forum and reassures the men on there that he will silence her.

23. It’s the day of the nativity, and Romeo is overwhelmed with the workload so has no choice but to give Olivia the starring role. Romeo, however, is later forced to play the virgin Mary and Olivia hogs the spotlight as village residents watch on in amusement. To finish off, Bobby sings Silent Night.

24. Theresa tells Romeo that she is going to leave the village since nothing has been great since she’s returned.

25. Liberty tries to get Sienna on board with her new job. 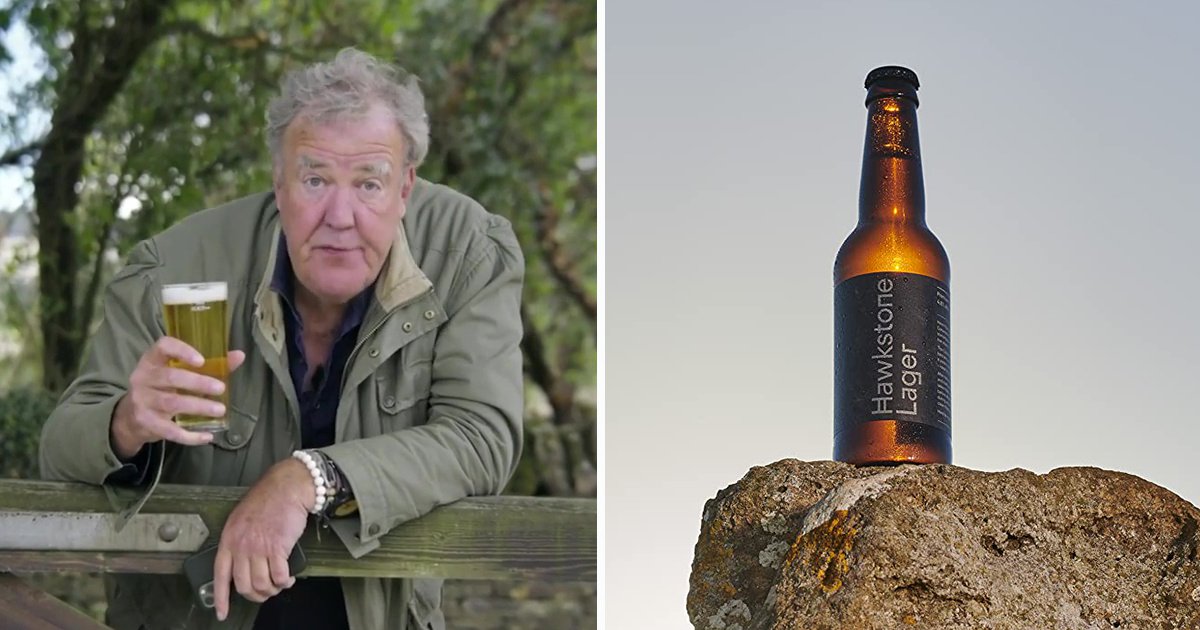 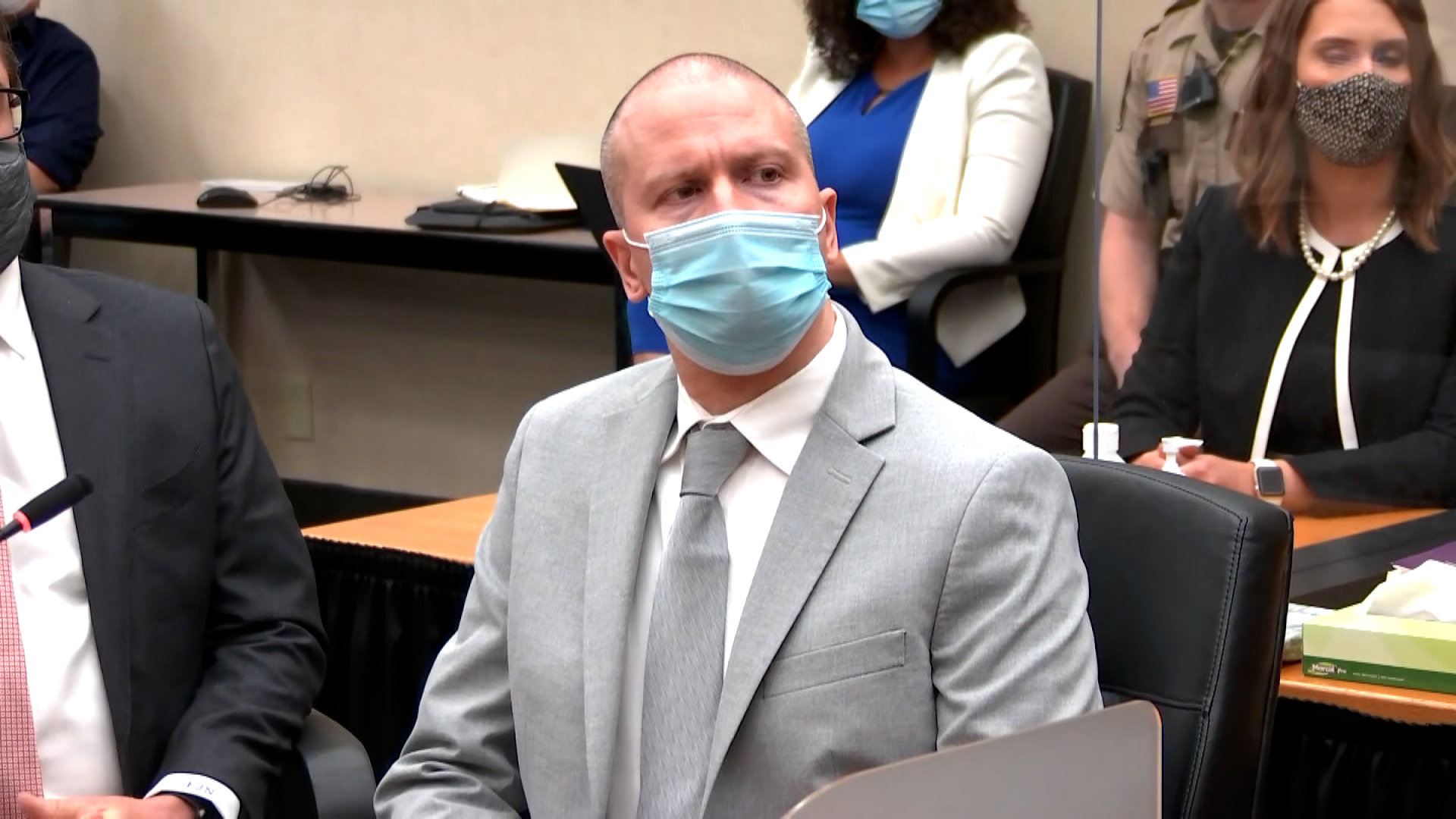 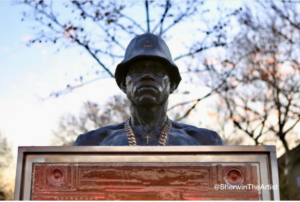 LL Cool J Honored With Statue Built By B... 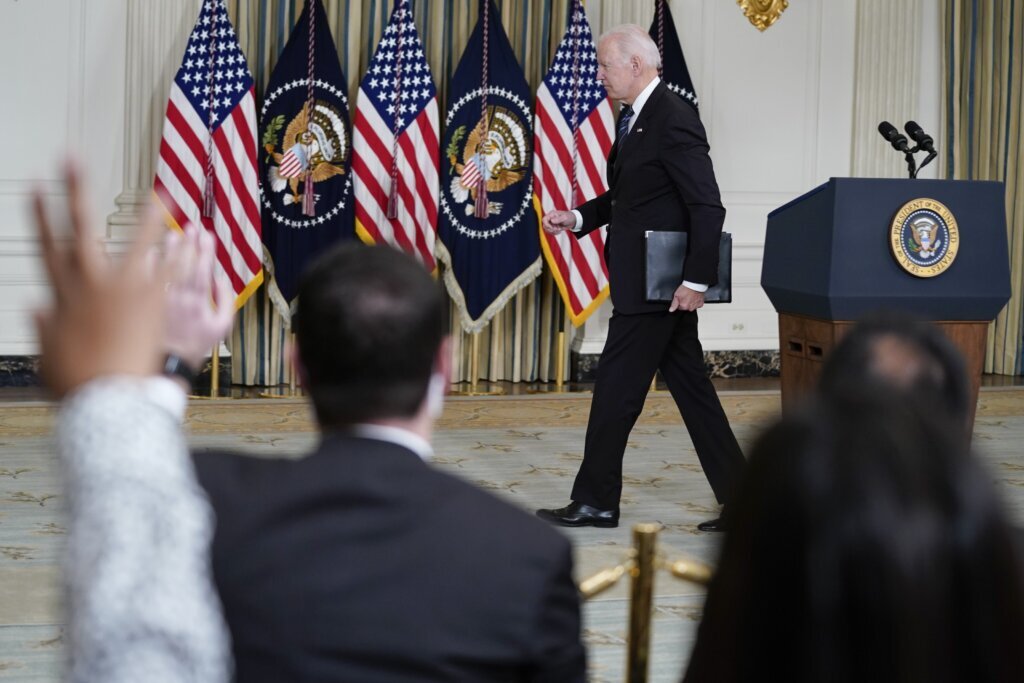 Biden shied away from news conferences, ...