The University of Southern California fraternity member in the Epsilon Omicron Chapter of Sigma Nu Fraternity who was accused of sexual assault has been suspended, according to the chapter. LOS ANGELES (CBSLA) — The University of Southern California fraternity member in the Epsilon Omicron Chapter of Sigma Nu Fraternity who was accused of sexual assault has been suspended, according to the chapter.

As of Friday, the unnamed fraternity member is no longer a member of the USC chapter or the national fraternity pending a full investigation, the chapter said in a statement on Instagram.

According to an email sent to USC staff and obtained by CBSLA, the university received reports of drugs being placed into drinks during a party at the Sigma Nu fraternity house located in the 600 block of W. 28th Street, leading to possible drug-facilitated sexual assaults.

The Sigma Nu fraternity chapter at USC was put on interim suspension and, according to the email, cannot host any activities at the fraternity house.

The chapter acknowledged in the statement that they had a “lack of communication” about the allegations, and that it is because they are “going through the legal process.” They said they’re working with USC, alumni volunteers and the national fraternity leaders to address the matter.

“We take all of this information very seriously and we remain committed to direct opposition to abuse, harassment, and assault in any form. We are also committed to taking appropriate accountability and disciplinary action in response to any confirmed occurrence of member wrongdoing,” the chapter said in the statement.

Another allegation facing the chapter is that drugs were given to one or more attendees at a social event at the chapter house in September, leading up to a sexual assault. The chapter said it currently has no further information about that incident, which is being investigated by the university’s Title IX office, which handles reports of sex discrimination and violence.

USC’s Title IX office can be contacted at https://eeotix.usc.edu/report/.

If you or someone you know is a victim of sexual assault, contact the National Sexual Assault Hotline at 1-800-656-4673. 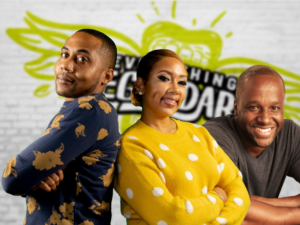 Since Striking a Shark Tank Deal, ‘... Revolution To Face Cavaly AS In Con...