Moscow called on “all units” to move into Ukraine in the coming days, as NATO begins a rapid resupply effort to deliver weapons. 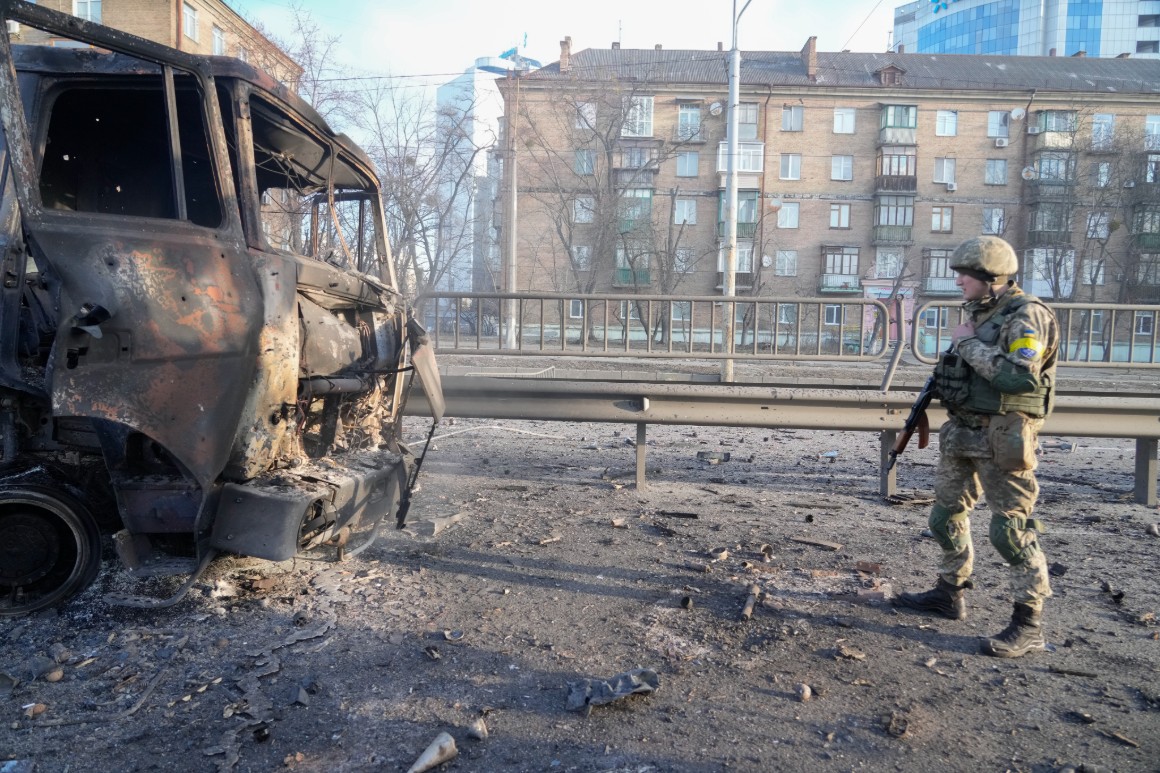 Russia has now pushed more than half of the 150,000-plus troops it had arrayed around Ukraine into the country, three days after an initial invasion that has met stiff, determined resistance and run into logistics and coordination problems.

The capital city of Kyiv has been breached by small groups of Russian troops, but the main thrust still appears to be on the horizon, as armored columns push from the north, west and south in a bloody dash for the seat of government. A spokesperson for Russia’s Defense Ministry said that as of Saturday morning “all units were given orders today to develop the offensive along all axes in line with the operation plan.”

No major cities have yet fallen to the invading forces, as Ukrainian troops armed with Javelin anti-armor missiles have managed to temporarily blunt the Russian move for Kharkiv in the East, and several lunges toward Kyiv. The fierce resistance and quick-strike guerrilla tactics have spoiled hopes Moscow may have harbored for a quick, relatively bloodless fight.


A U.S. official said Saturday that Russian leaders appear “increasingly frustrated” with how their long-planned invasion has gone so far.

Ukrainian Defense Minister Oleksii Reznikov claimed in a Saturday Facebook post that his forces have killed around 3,000 Russian troops, destroyed 100 Russian tanks and shot down seven helicopters. He added that Russians have killed nearly 200 Ukrainian civilians, including three children. POLITICO could not independently verify those numbers, but the Ukrainian side has had little hesitation about posting videos to social media sites of damaged Russian convoys and dead and captured Russian soldiers.

Ukrainian President Volodymyr Zelenskyy has refused to leave the capital city, assuming the role of a wartime leader and posting a series of videos criticizing the West for not doing enough to help. His regular videos and statements urge his troops, and country, to fight on.

Russia has launched more than 250 ballistic and cruise missiles at targets across the country over the past three days, and more tanks, armored vehicles, and electronic warfare capabilities have been seen flowing into the country over the past 24 hours. Ukrainian officials have posted images of a high-rise apartment struck by a missile, underscoring the continued danger to civilians. 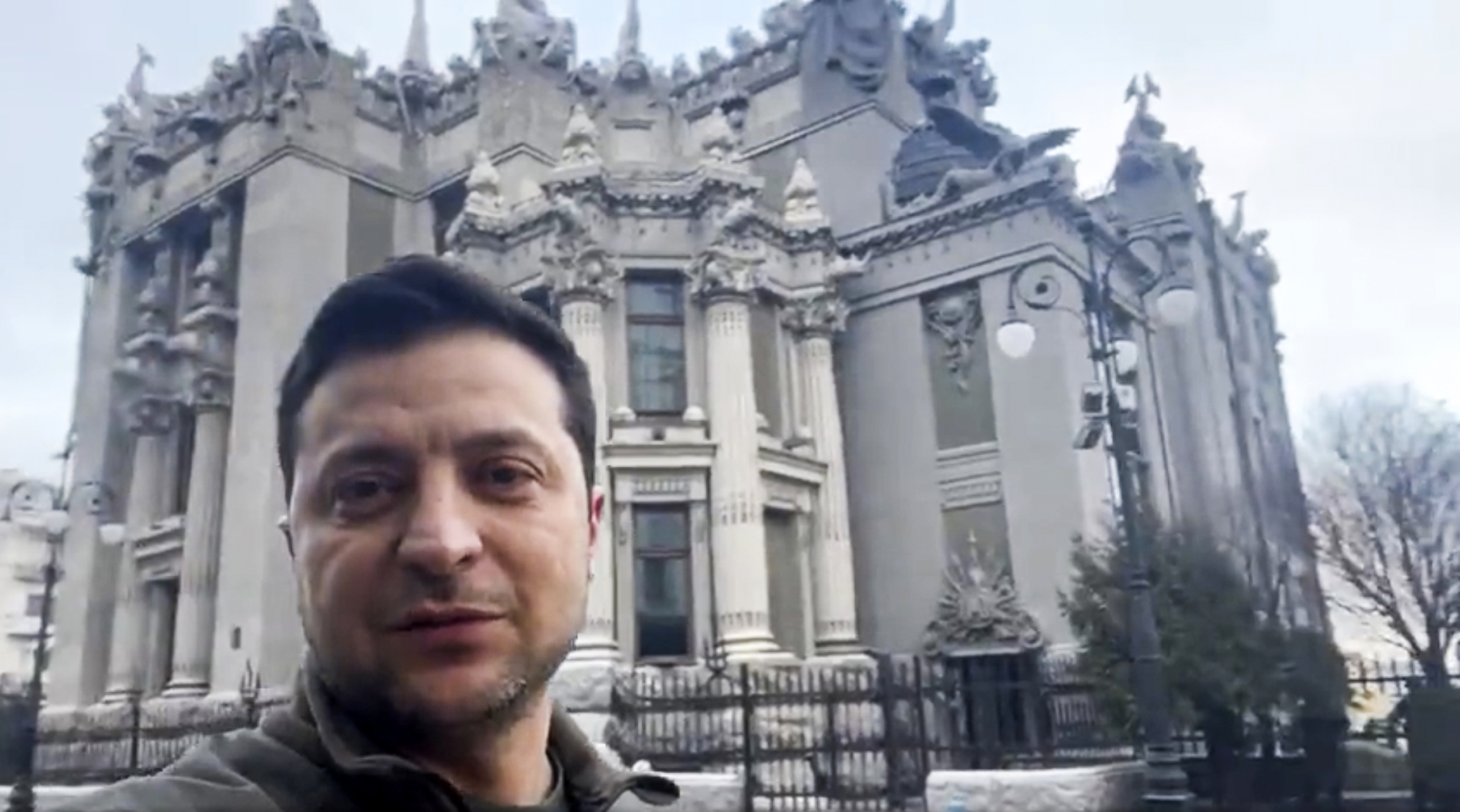 Separately, the Netherlands also said they would send 200 Stinger ground-to-air missiles to Ukraine, and a U.S. defense official confirmed that American arms have continued to flow throughout the fight.

President Joe Biden unlocked another $350 million in military aid for Ukraine on Friday night, a package that will include more Javelins, the defense official said. Belgium on Saturday also pledged 2,000 machine guns and 3,800 tons of fuel to Ukraine.

Poland, Latvia and Estonia are also pushing more weapons into Ukraine via a bold new land bridge option using Polish border crossings, as the skies above the country are full of missiles and Russian warplanes.

The rapid reequipping effort marks a remarkable new moment in post-Cold War European history, with a majority of the continent openly working to defeat Russian forces in the field and showing no inclination to hide their intent to punish the Kremlin.

“It is remarkable that so many western governments — the US, the UK, the Dutch — are *overtly* shipping anti-tank and anti-aircraft weapons to Ukraine right now in the middle of its war with Russia. Not even hiding it. Publicizing it. Loudly,” tweeted Andrew Exum, previously a top Pentagon official in the Obama administration.

Zelenskyy claimed, after a call with his Turkish counterpart Recep Tayyip Erdogan, that Ankara would block Russian warships from entering the Black Sea — an assertion the Turkish government denied. A 1936 convention requires Ankara to permit foreign navies through its waters into the sea. “In time of war, Turkey not being belligerent, warships shall enjoy complete freedom of transit and navigation through the Straits,” the Montreux Convention reads.

Vitali Klitschko, the mayor of Kyiv, addressed the West in a video posted to his official Telegram page: “Civilians are getting shot with rockets. With special operations, civilians getting killed. And it’s happening in the heart of Europe,” he said in English to maximize the reach of his message. “Get into action now,” he added — tomorrow it could be too late. Klitschko also ordered a curfew in the capital lasting from 5 p.m. to 8 a.m. each day until Feb. 28.

Meanwhile, the Russian advance continues, though seemingly not without problems. Videos posted on social media sites show armored columns held up due to the lack of fuel or confusion over where they are. Ukrainian citizens also stepped in front of advancing tanks to halt their drive toward urban centers.

The Pentagon’s latest assessment is that Russian commanders have had to “commit a bit more logistics and sustainment capability, like fuel specifically, than what we believe they had originally planned to do this early in the operation,” the defense official told reporters Saturday.

On Friday, NATO activated the NATO Response Force, a 40,000 strong formation with air and artillery assets attached, for the first time since its inception in 2014 following Russia’s initial invasion of Ukraine and annexation of Crimea.

On Friday, the U.S. and its allies placed sanctions on Russian President Vladimir Putin and Foreign Minister Sergey Lavrov. There's a growing appetite on both sides of the Atlantic to kick Russia out of the SWIFT global banking system, and U.S. officials continue to debate whether to impose full blocking sanctions on Russia’s Central Bank — which would all but cut off Russia from the global financial system.

President Biden and European leaders have said their troops won’t enter Ukraine to fight Russians, but it’s clear that the alliance is quickly building a potent defensive wall along its eastern front, and the war that Putin entered by choice is taking a toll on his forces, and the Russian economy. 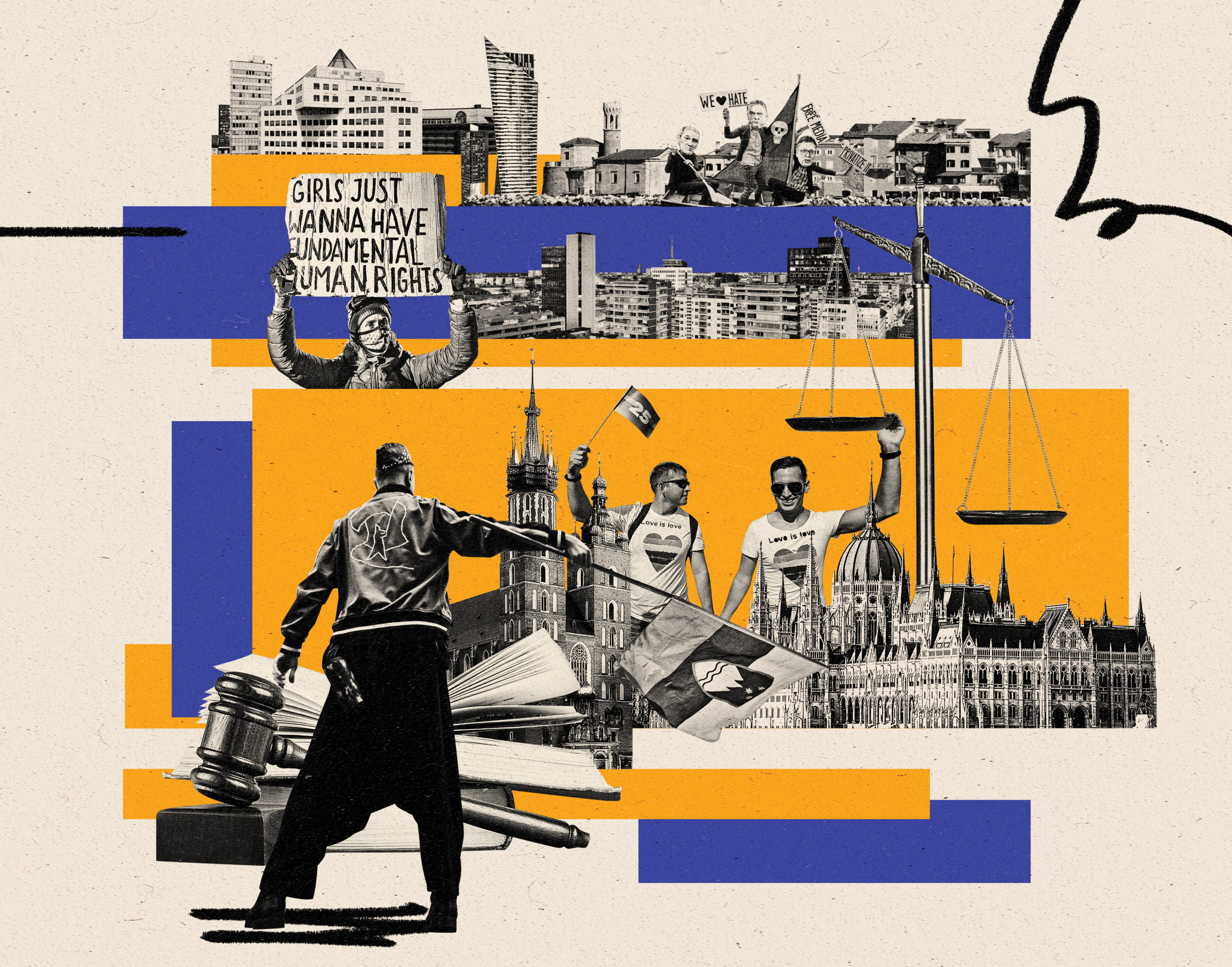 Next year will be critical for the rule ... 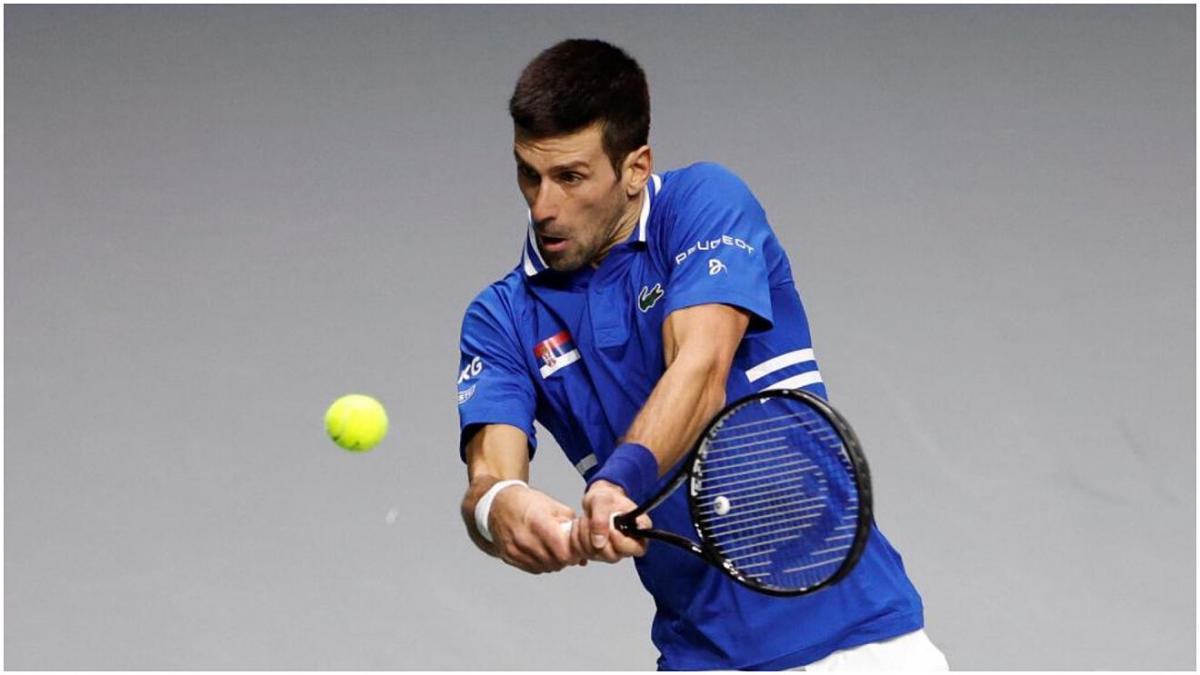