Kenny Smith reviews The Cher Show at the King's Theatre in Glasgow. The post REVIEW: “The Cher Show” appeared first on Scottish Field.

Kenny Smith reviews The Cher Show at the King’s Theatre in Glasgow.

THERE are some constants in life – we’re born, we pay taxes, we have good days and bad – and Cher.

Since the 1960s, her distinctive deep, powerful voice has regularly featured in the charts, and there will be few people today who won’t know the songs of the music icon turned Hollywood royalty.

This Grammy, Oscar, Emmy and Golden Globe-award winner has been dubbed the “Queen of Re-invention”, and it’s no wonder, as she’s kept herself relevant, and in keeping with the times, as the decades have passed.

We turn back time in The Cher Show, a new musical full of attitude, from the writer of Jersey Boys, currently at the King’s Theatre in Glasgow, before moving to Aberdeen’s His Majesty’s Theatre (4-8 October) and Edinburgh’s Festival Theatre (11-15 October).

But we don’t just get one actress playing Cher throughout this production; we have three stars bringing her to life at different stages in her career, with Millie O’Connell as the younger Cher (Babe), Danielle Steers as the middle-aged Cher (Lady), and Debbie Kurup as the ultimate diva (Star).

The Cher Show tells the incredible story of Cher’s meteoric rise to fame, flying in the face of convention at every turn. We meet the young Cherilyn Sarkisian, whose father was Armenian, which led to her being abused in her youth. However, her mother, Georgia, would always believe in her daughter, and encourage her to succeed.

O’Connell captures the wide-eyed naivety of the young Cher perfectly, in awe at the world around her, as she finds her feet, and garners affection for finding the innocence in the character.

As we progress to the 70s – and the passing years are brilliantly conveyed on stage, in a manner akin to a television show or movie – Steers takes centre stage as we see Cher in her TV phase, and her powerful vocals make her impossible to miss. She also had a great ability to look at individual audience members, just for a couple of seconds, and sing to them personally. A great skill from a hugely talented performer.

And then the later Cher is perfectly captured by Kurup, bringing a form of world-weariness to the part, before being completely reinvigorated for the end of the second act.

Worth of comment too was Guy Woolf, who stepped in to play Sonny Bono, a part he normally understudies, but one that he played with the right degree of arrogance and sympathies.

The joke about Sonny’s passing in a skiing accident did make me laugh, but then again, I have a very warped and dark sense of humour.

The show is packed with amazing songs, including If I Could Turn Back Time, Strong Enough, Gypsies, Tramps and Thieves, The Shoop Shoop Song, I Got You Babe, and, of course, her triumphant 90s floorfiller Believe.

It’s brought to life with some clever but simple sets, with the production directed by former Strictly Come Dancing judge Arlene Phillips – no stranger to musicals, having previously worked on Grease and Starlight Express – and is choreographed by Oti Mabuse, herself a two-time Strictly winner, with costumes by Gabriella Slade, who also crafted the brilliant Six.

The Cher Show is really one non-stop party. There were people of all ages there, young and old, couples, individuals, male and female, and I left with a huge smile on my face. I felt I knew more about Cher as a person, and although she may not have been there to perform in person, her spirit was perfectly captured by the three leading ladies.

This is pure theatrical sunshine – you won’t be disappointed.

The Cher Show is at the King’s Theatre in Glasgow, until Saturday 1 October. 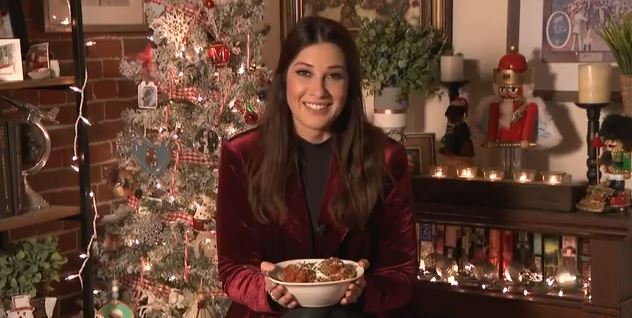