Now, they think they are closer to finding this holy grail of marketing and it doesn’t look anything like QVC.

Ever since young Americans began their exodus from commercial television to streaming services and social media, advertisers have searched for the digital equivalent of home shopping channels, a place online where users might engage with ads rather than just quickly clicking past them.

Now, they think they are closer to finding this holy grail of marketing and it doesn’t look anything like QVC.

Welcome to the holiday shopping season on TikTok, where retailers are present like never before, their authentic-seeming advertisements dropped in between dances, confessionals, comedy routines and makeovers.

Young men and women showcase shimmering American Eagle tops as pulsating music plays in videos designed to look as if they were filmed in the 1990s. A woman in a unicorn onesie retrieves a specific brand of cookies at Target to the tune of “Jingle Bell Rock.” A home chef mixes and bakes cinnamon apple cakes from Walmart in 30 seconds, displaying a blue bag from the retailer.

This kind of advertising presence would have been unfathomable for retailers last year, when President Donald Trump was threatening to ban TikTok because of its Chinese parent company and marketers were still struggling to figure out how to best reach the platform’s users. But President Joe Biden revoked the executive order in June, and TikTok crossed 1 billion monthly users in September. As a result, a regular stream of products, from leggings to carpet cleaners, have gone viral on the platform this year, often accompanied by the hashtag #TikTokMadeMeBuyIt, which has been viewed more than seven billion times.

TikTok has been working to make the platform more lucrative for marketers and the creators they work with. And TikTok’s popularity with Generation Z and millennials, who are lured by its addictive algorithm and its setup as an entertainment destination versus a social network, has made the appeal undeniable for retailers.

“The growth that we’ve seen is insane,” said Krishna Subramanian, a founder of the influencer marketing firm Captiv8, where roughly a dozen employees are focused on TikTok. “Brands have moved from just testing out TikTok to making it a budget line item or creating dedicated campaigns for TikTok specifically.”

Since August, at least 18 public retail brands, in apparel, footwear, makeup and accessories, have referred to their efforts on TikTok on calls with analysts and investors. Competitors have also taken notice. Instagram, for example, has developed a TikTok-like feature called Reels and has been working to lure creators.

In reports shared with advertisers and obtained by The New York Times, TikTok said Gen Z users, defined as 18-24-year-olds, watched an average of more than 233 TikToks a day and spent 14% more time on the app than millennials or Gen Xers on a daily basis. TikTok also told one agency that 48% of millennial mothers were on the platform, and that women ages 25-34 spent an average of 60 minutes on the TikTok app a day.

TikTok declined to comment for this article and the numbers it provided to advertisers could not be independently verified.

“TikTok is absolutely about a mindset more than anything,” said Christine White, senior director of media and content strategy at Ulta Beauty, which has been increasing its TikTok spending. “People are going there for lots of different reasons — they’re looking to connect, they’re looking to laugh, they’re looking to find feel-good stories, and they’re looking, inadvertently, to shop, whether they know it consciously or not.”

“We see a lot of that impulse shopping,” White said.

Retailers are increasingly tapping popular TikTok creators to model or demonstrate their wares and encourage store visits. They are trying out live shopping events, where people can interact with hosts and shop through videos in real time, and other new tools in the app. Brands have also repurposed the #TikTokMadeMeBuyIt concept with sponsored giveaways tagged #TikTokMadeMeGiftIt.

Marketers are now talking about their spending on TikTok, which is owned by the Chinese company ByteDance, the way they discuss more established advertising platforms like Instagram, Snapchat and Pinterest.

“Last holiday, what really screwed things up was Trump trying to mess with TikTok,” said Mae Karwowski, CEO of Obviously, an influencer firm that has worked on TikTok campaigns with retailers like Ulta and Zappos. “We had a lot of brands saying they were going to do a ton on TikTok, and then they got really worried. This year, over 60% of our campaigns have a TikTok component.”

One of those benefiting is Maddison Peel, a 22-year-old in Hebron, Kentucky, who posts cooking videos to her account with more than 300,000 followers. She gained a large following this year after a clip she made featuring a roasted chicken and a Cardi B song took off.

Since then, she has worked with brands and retailers like Heinz, Kroger and Walmart, earning $5,000 to $10,000 a month. The payments enabled her to quit her job at McDonald’s, where she had been earning “not even $1,000 every two weeks,” she said.

Often, retailers will send her gift cards to buy the products used in her cooking videos. Most videos are filmed at home. If she does film in a store, she tries to go later in the day and take a friend because, she said, “I feel a little awkward bringing a tripod in.”

The longest videos she makes for brands are 45 to 60 seconds long.

“No millennials or Gen Z are watching TV as much, so they don’t see those ads,” she said, “but when they’re scrolling on TikTok, they’re seeing those.”

White of Ulta is among the advertising experts who said the effectiveness of TikTok’s algorithm distinguished it from other popular platforms, and pointed to the fact that it was still at a stage where anyone can go viral — like Peel and her roasted chicken. TikTok asks users to pick a few interests when they first join the platform and then uses video watch times, likes and comments, and tags on videos like captions, sounds and hashtags, to tailor its recommendations.

The app’s algorithm then serves up a steady stream of short videos showcasing life hacks, dances, cute animals or comedy routines. More content is available on a Discover page, and users can follow their favorite creators. Marketers can pay to boost their sponsored content.

“You don’t get lost and spend hours on Instagram scrolling through people you don’t even know, but on TikTok that definitely happens,” Subramanian of Captiv8 said.

Abbie Herbert, 25, a TikTok creator in Pittsburgh, joined the platform at the beginning of the pandemic and quickly amassed 10.6 million followers. She has worked with retailers including Pottery Barn, Alo Yoga, Amazon Prime and Walmart, and struck more than 100 brand deals this year.

Initially, her audience for silly skits and reaction videos was largely made up of teenagers. But after she became pregnant and started posting about that, “it opened up a new demographic” of people in their 20s and 30s. In a recent ad for Fabletics, she playfully modeled clothing on her baby daughter, joking about her drool, and then showcased her own outfit with a touch of self-deprecation.

“It’s a lot of work doing TikTok,” said Herbert, a former model. “Doing a brand deal on Instagram is still a tremendous amount of work, but TikTok is a whole other ballgame because you’re making a commercial and trying to make it true to your followers and audience.”

American Eagle, with its teen audience, was earlier than many brands to TikTok. It has teamed up with major creators like Addison Rae and stars of the Netflix show “Outer Banks” and experienced its own viral moment with its Aerie brand after a nonsponsored review of its leggings spread.

With mental health the top concern for many young people, he said, TikTok has emerged as a “sunny place” compared with other social platforms.

“TikTok is their happy place to express their true selves, and I think the knock on Instagram these days is it’s too curated and too perfect,” Brommers said.

He added that Facebook and Instagram still drove a substantial amount of business for the retailer, but that there was a unique type of expression on TikTok and Snapchat that was “not about likes.”

Anna Layza, 31, of Melbourne, Florida, has more than 1 million followers on TikTok, and recently posted an ad that involved wearing a unicorn onesie and retrieving a box of cookies at Target. But she said she had mostly been posting on Reels these days, which recently started paying her for views on many videos.

“TikTok doesn’t pay you to post unless you have a brand that wants to be in the video,” Layza said. “But Instagram is actually paying you and giving you a bonus when you reach a certain amount of views.”

Katrina Estrella, a spokeswoman for Meta, which owns Instagram, confirmed in an email that the company was testing “a range of bonus programs” in the United States as part of a $1 billion investment in creators.

Still, retailers are eagerly experimenting on TikTok, especially as they see the app attract older users. Brands want to be ready just in case they go viral.

“There are just some things that are going to catch on or they’re not,” said Karwowski of Obviously. “But the TikTok algorithm will really amplify things in a way that all of a sudden can move the culture.”

This article originally appeared in The New York Times. Reports of Jack Dorsey Stepping Down as ... 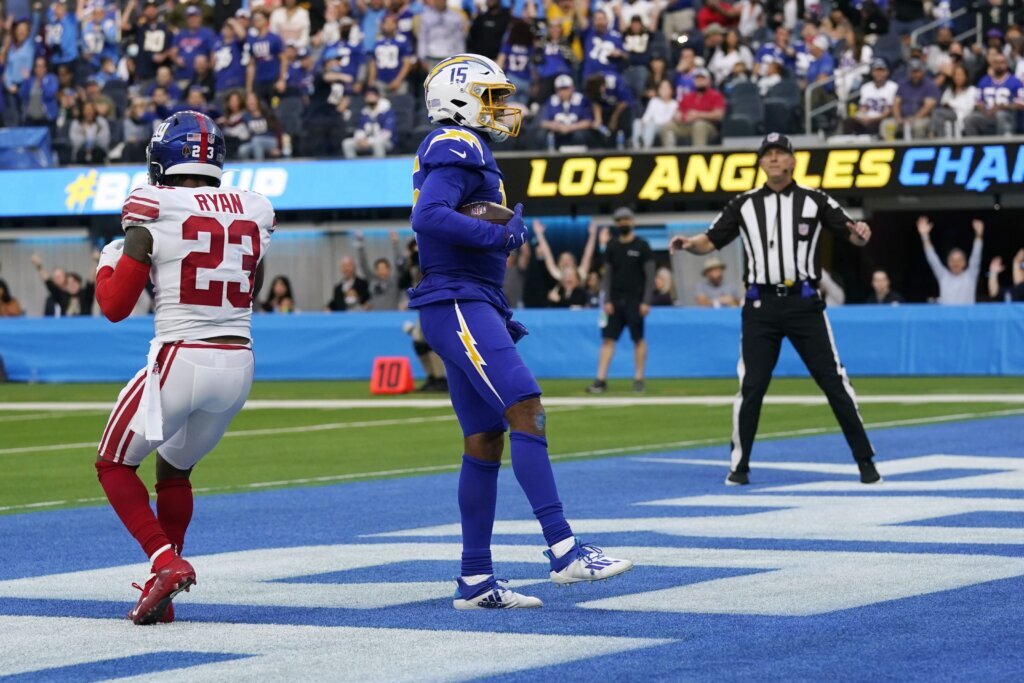 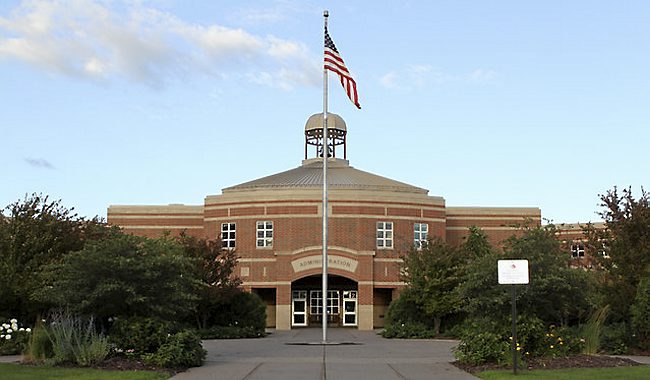 Residents asked to weigh in on Stillwate... 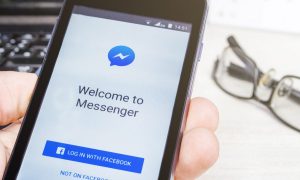