Slurry application has moved forward tremendously over the past few years with the emphasis very much switching to using it... The post Lemken moves into slurry incorporation market appeared first on Agriland.ie. 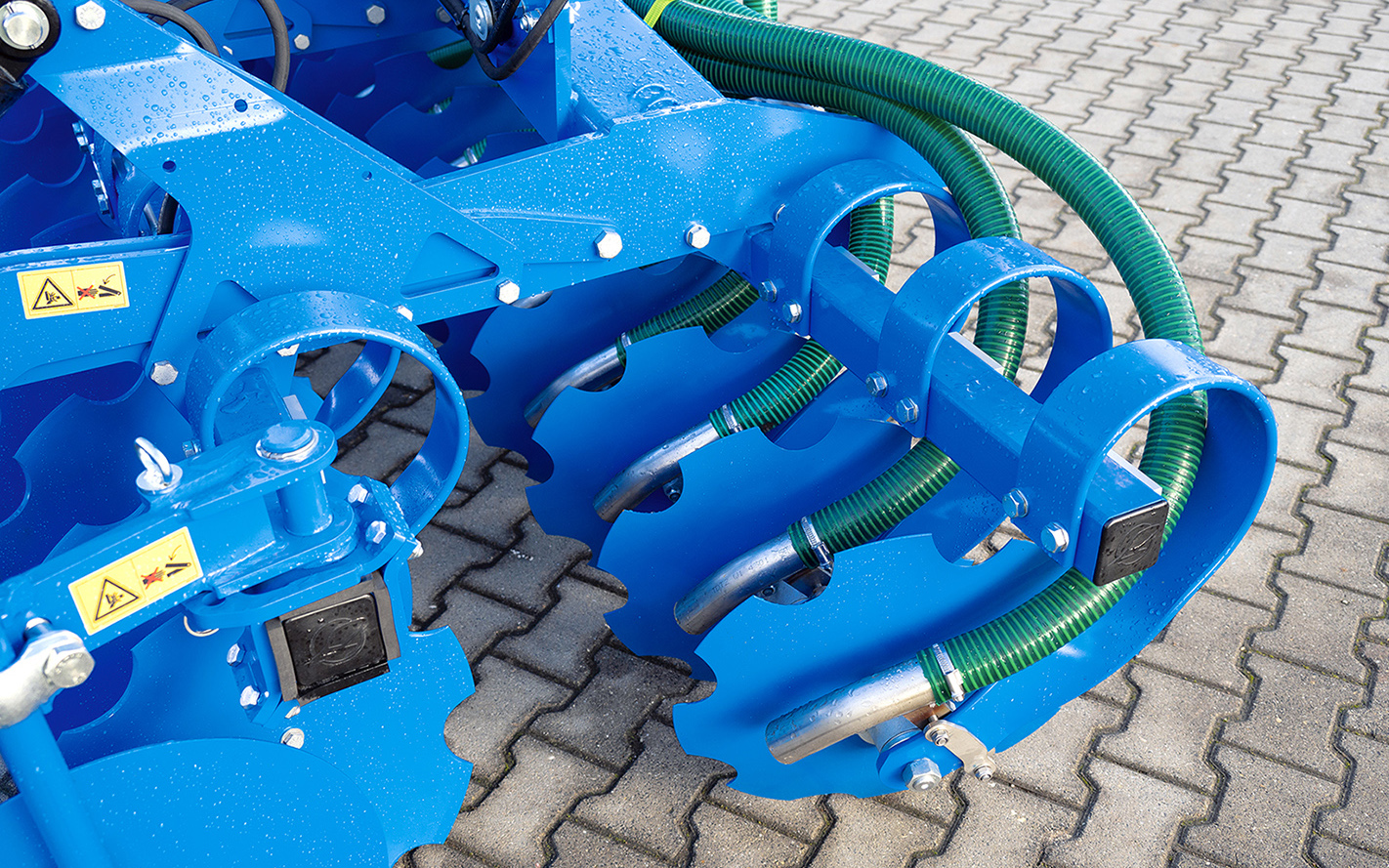 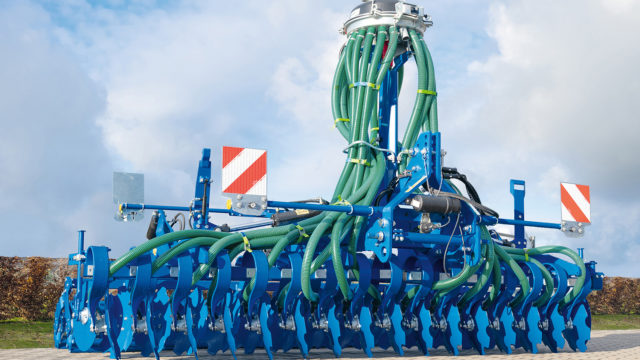 Slurry application has moved forward tremendously over the past few years with the emphasis very much switching to using it as a resource rather than disposing of it as a waste product.

Even dyed in wool, tillage specialists such as Lemken are joining the movement with the company now offering what amounts to a conversion of their compact disc units to a slurry incorporation tool.

This new product comprises a VogelSang slurry distribution head mounted on the frame of a set of Heliodor compact disc harrows.

Lemken claims that the Heliodor offers a sound basis for this type of application due to its compact dimensions and low-draught requirement, enabling the use of a lighter tractor.

The Vogelsang distribution head selected for the machine is the DosiMat DMX, which, it is claimed, provides an even transverse and longitudinal distribution to the outlet points.

Consistent and even flow of slurry

This flow pattern is consistently maintained irrespective of the pressure within the head, and therefore the application rate, according to the company.

Although Vogelsang is always careful to differentiate between the roles of a macerator and distribution head, this particular unit is fully equipped to dice and chop any solids that may arrive from the pump.

The liquid is fed into the top of the head where it enters a three lobed chamber. Each lobe has a exit at the base, around the edge of which, is a mounted a cutting blade.

The lobe assembly rotates, driven by a separate hydraulic motor. As it does so, the slurry exits the lobes through a cutting ring, which acts as a shear bar to the lobe blades.

The processed slurry then passes down the feed tubes and exits through nozzles placed immedietly alongside the trailing edge of the first bank of discs.

This arrangement ensures that the liquid is introduced to the soil as it is being disturbed, with material from the neighbouring disc being thrown into the stream.

The second bank of discs, following very closely behind, further incorporates the soil-slurry admixture, leaving a layer of it across the whole width of the implement rather than in narrow bands.

Lemken suggests that this method of incorporation will minimise nitrogen losses through incorporation, thus utilising a valuable asset as well as protecting from the risk of run off. 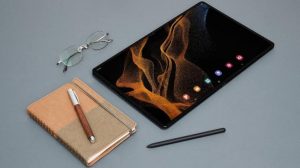 LAUSD To Loosen COVID Restrictions Next ...