PHILADELPHIA (CBS) — The 17-year-old wanted for allegedly shooting and killing a Temple University student over the weekend has turned himself in to police. Latif  Williams surrendered Wednesday after an arrest warrant for murder was filed.

Eyewitness News was the only camera rolling when Williams turned himself in to Philadelphia police custody Wednesday night. The 17-year-old was met by family and friends who gave prolonged hugs before he was escorted into police headquarters, where he was wanted for murder.

BREAKING: Latif Williams, 17, surrendered a short time ago to homicide detectives — a murder warrant was issued for his arrest, in connection to the fatal shooting on Sunday of Samuel Collington, 21. @CBSPhilly pic.twitter.com/AjLoVrRftP

Williams is accused of attempting to carjack Samuel Collington, a Prospect Park native and Temple University senior. Collington and Williams struggled with the firearm before police say Williams fired shots at the student, striking him twice.

@jameswardcbs3 got EXCLUSIVE video of Latif Williams turning himself in at Philadelphia Police HQ. The 17 year old is accused of attempting to carjack Temple Student Samuel Collington before shooting him twice in the chest, police say. We’ll have the full video @11 @CBSPhilly pic.twitter.com/1SVT0mFjYa

The Temple student was at an off-campus apartment complex when the shooting happened. Court records obtained by Eyewitness News show Williams was arrested and charged in connection to another armed carjacking this past summer. The case was withdrawn after the victim failed to show for a pre-trial hearing, according to spokespersons for the district attorney and the courts.

Williams, according to sources, is also believed to have been involved in other uncharged carjackings in the immediate area where the deadly shooting occurred.

Sources told CBS3 on Tuesday Williams matches the description as a suspect in four other cases.

“I talked to a lot of students who are extremely worried about the fact that they feel as if they’re gonna up security just for like a week or two on campus and not go past where the shooting did take place,” sophomore Louis Myers said.

Temple University will be holding a virtual forum Thursday with parents, students and community members to share their safety plans.

A Collington family spokesperson says they support the hard work of the investigators and will do whatever it takes to bring justice for Sam. 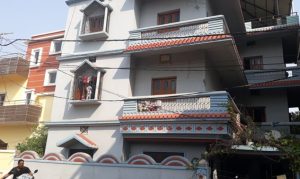 OMVD ASI in vig net: Assets worth over R...