Japan’s best domestic hamburger fast food chain now has croissants, but are they any good?

Taste-testing the croissants that you have to preorder from Mos Burger. When it comes to fast food hamburgers in Japan, foreign chains like McDonald’s and Burger King have an undeniably strong presence. Consistently at or near the top of popularity polls, though, is Mos Burger, the domestic hamburger chain known for being a little more […] 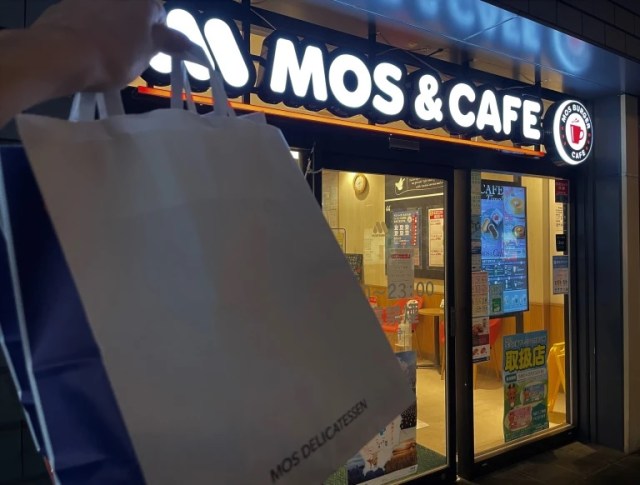 Taste-testing the croissants that you have to preorder from Mos Burger.

When it comes to fast food hamburgers in Japan, foreign chains like McDonald’s and Burger King have an undeniably strong presence. Consistently at or near the top of popularity polls, though, is Mos Burger, the domestic hamburger chain known for being a little more expensive than its rivals, but well worth the price.

These days Mos is trying its hand at yet another culinary import: croissants! And no, we’re not talking about some sort of sandwich with a sliced croissant replacing the bun, but the crescent-shaped baked goods themselves. 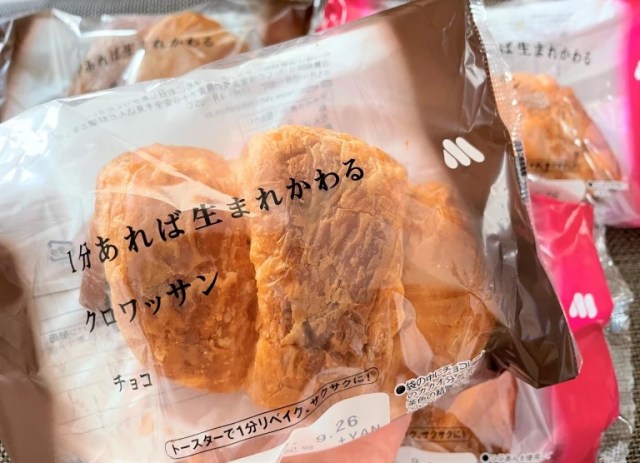 We hadn’t been aware of Mos getting into the croissant game until our Japanese-language reporter K. Masami was walking by her local Mos Burger branch and saw a sign out front saying, “Croissant orders now being taken.” That’s because you can’t just walk in, ask for them, and walk out. You have to put your order in ahead of time, then come back and pick them up on the second or fourth Friday of the month.

It is a bit of hassle, though thankfully you can place your order online so you don’t have to make two trips. What really convinced us to go to the trouble of pre-ordering croissants, though, is the fact that these are a joint project between Mos and Yamazaki Baking, the same team that produced the amazing chocolate bread we devoured back in the spring.

Mos is offering two kinds of croissants, one filled with chocolate and the other with anko (sweet red bean paste), offered in a pack of two of the same flavor for 500 yen (US$3.50). That means we needed to buy a total of four croissants in order to try both flavors, but it’s hard to find a more compelling reason for research expenditures than eating multiple desserts. 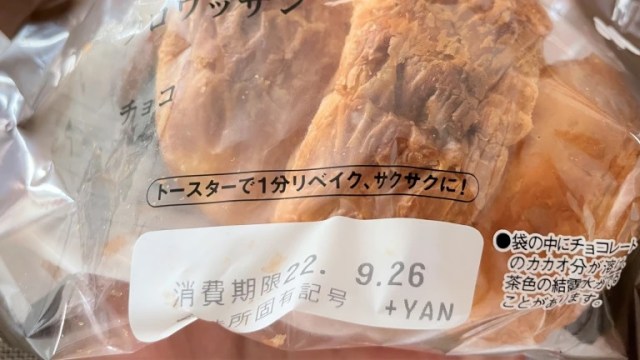 If you’re extremely hungry/completely lacking in willpower, you can tear open the package and start eating the croissant right away. However, the official name is “The Croissant that Will Be Reborn if You Have One Minute to Wait.” Mos recommends that your croissant spend that one minute in your toaster oven, being reheated and “rebaked.” 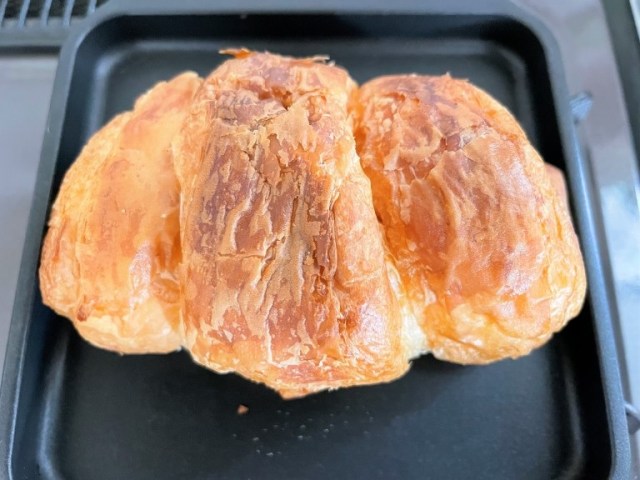 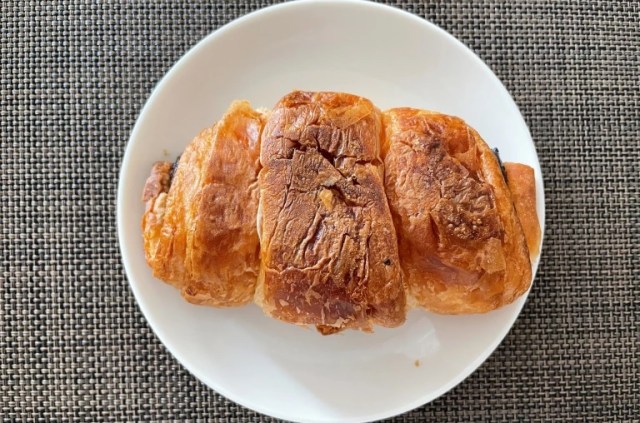 And Masami was glad she followed that advice. When she opened the door to her toaster oven back up, an enticing buttery aroma came floating out. Even better, the time in the toaster oven had both given the croissant a crisp outer layer and turned its chocolate filling into a soft, gooey core of delight. 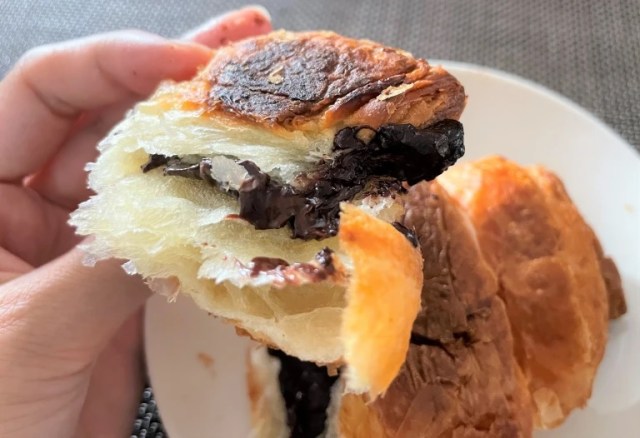 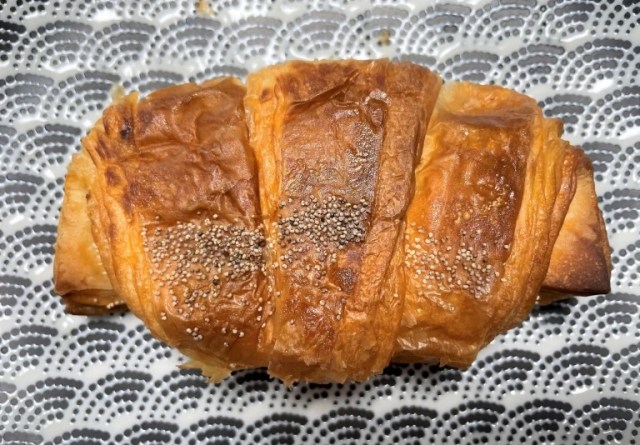 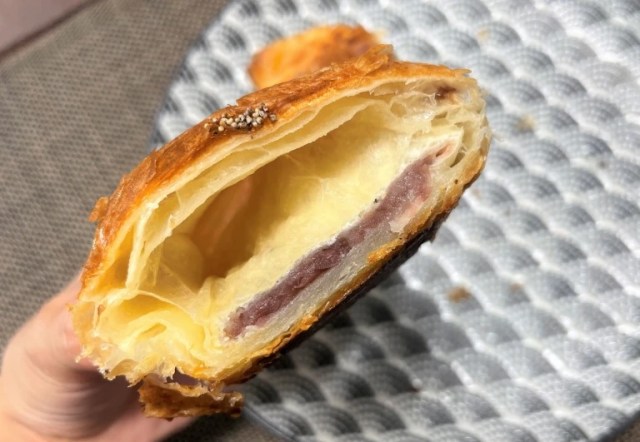 Mos’ croissants are so good that having to buy them in packs of two almost feels like something they decided on for our benefit, since it’s an eating experience worth repeating. The chances to do that are going to be limited, though, since The Croissant that Will Be Reborn if You Have One Minute to Wait is a limited-time item, and will only be available until November 25, with online orders placeable here. 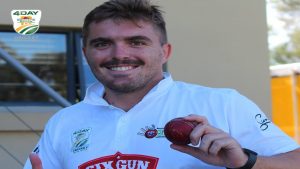 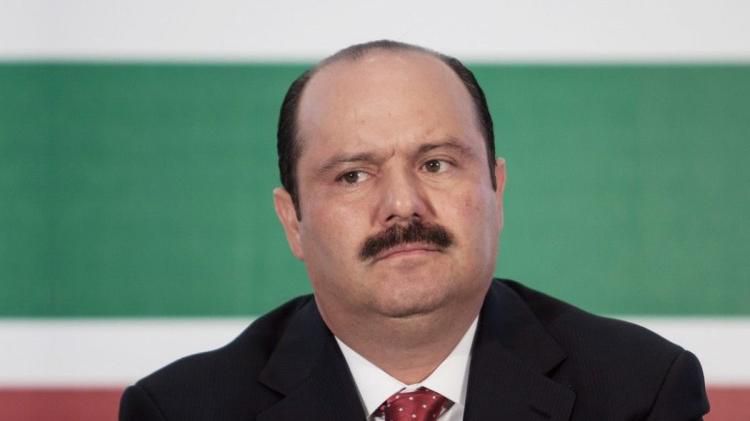 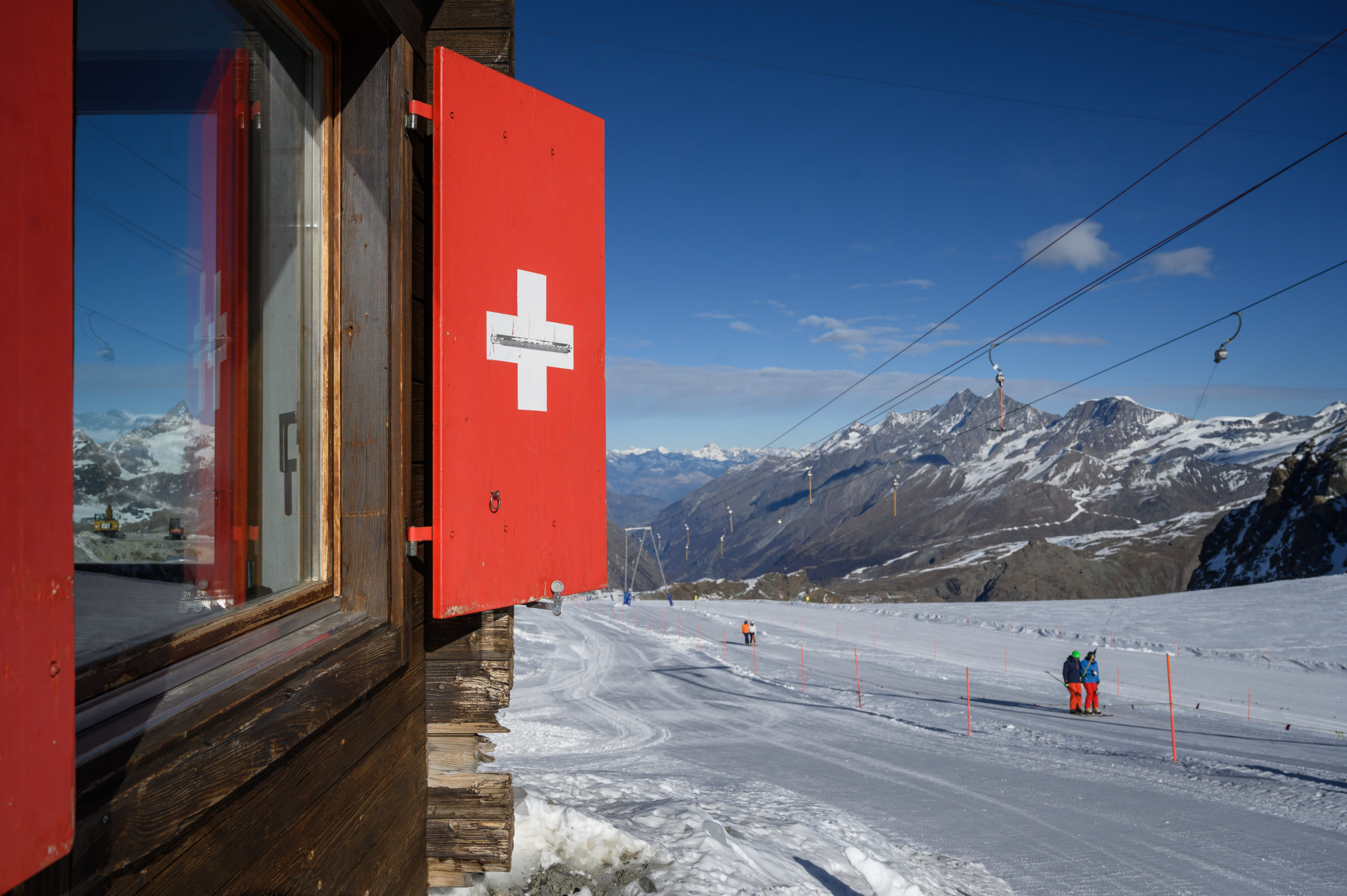