Seann and Grace were running errands.

Seann Walsh and his girlfriend Grace Adderley put on a loved-up display as they ran errands after his I’m A Celebrity stint.

The former Strictly contestant was the seventh star to be eliminated from the jungle, with Lioness Jill Scott being crowned champion of the ITV juggernaut series.

After the finale on Sunday, which unbelievably saw disgraced Matt Hancock,44, reach the top three, the comedian, 36, was spotted touching down at Heathrow airport after several weeks down under.

Seann, 36, was accompanied by dance teacher Grace, who had traveled to Australia to support her beau, at the same time as Hancock’s partner Gina Coladangelo, who flew along, was seen back on UK soil.

Now Seann and his girlfriend, who is pregnant with their first child, have been seen getting back to reality after his time on the long-running series.

On Thursday, the pair were seen acclimatising to the UK’s chillier weather as they wrapped up in thick coats, with Grace sporting an orange number, while Senn fended off the cold in a black puffa jacket.

Both were trying to warm up as they took sips from hot drinks as it appeared they had picked up some groceries at their local Tesco’s.

Seann was clutching onto some toilet roll and cereal, while Grace held a stuffed shopping back as they stocked up their shelves.

Grace, who has travelled all over the world as a dancer, and Seann are thought to have been together since 2019.

They started their romance shortly after Seann was pictured snogging his professional partner Katya Jones while she was married to fellow Strictly pro Neil Jones and he was dating Rebecca Humphries.

In the jungle, Seann opened up about the kissing scandal, admitting he thought his ‘career was dead.’

Seann told fellow campmate Babatunde Aleshe: ‘Easily the most depressing month of my entire life, Edinburgh after Strictly. We get to Edinburgh, right, I think it’s a 200-seater, I’ve never not in Edinburgh sold out the first night.

‘It doesn’t even occur to me that it’s not sold out. Just before I’m about to go on, my agent comes in and goes, “Just so you know, there’s like 30 people.”

‘To get told that when you’re just about to go on, horrific. It was at that point I was like, “Oh, oh.”‘

Zara Tindall tells husband Mike I'm A Celebrity was 'too much'

Seann went on: ‘My career was dead, I was over. My agent said, “There’s nothing I can do. I’m sorry, I’ve tried. I’ve tried everything.”‘

I’m A Celebrity is available to stream on ITVX.

MORE : Gina Coladangelo lands in the UK without I’m A Celebrity’s Matt Hancock along with beaming Seann Walsh 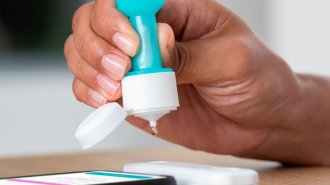 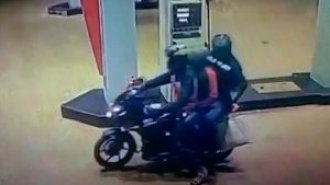