I find the process of applying makeup very cathartic and a great distraction from physical pain and anxiety. 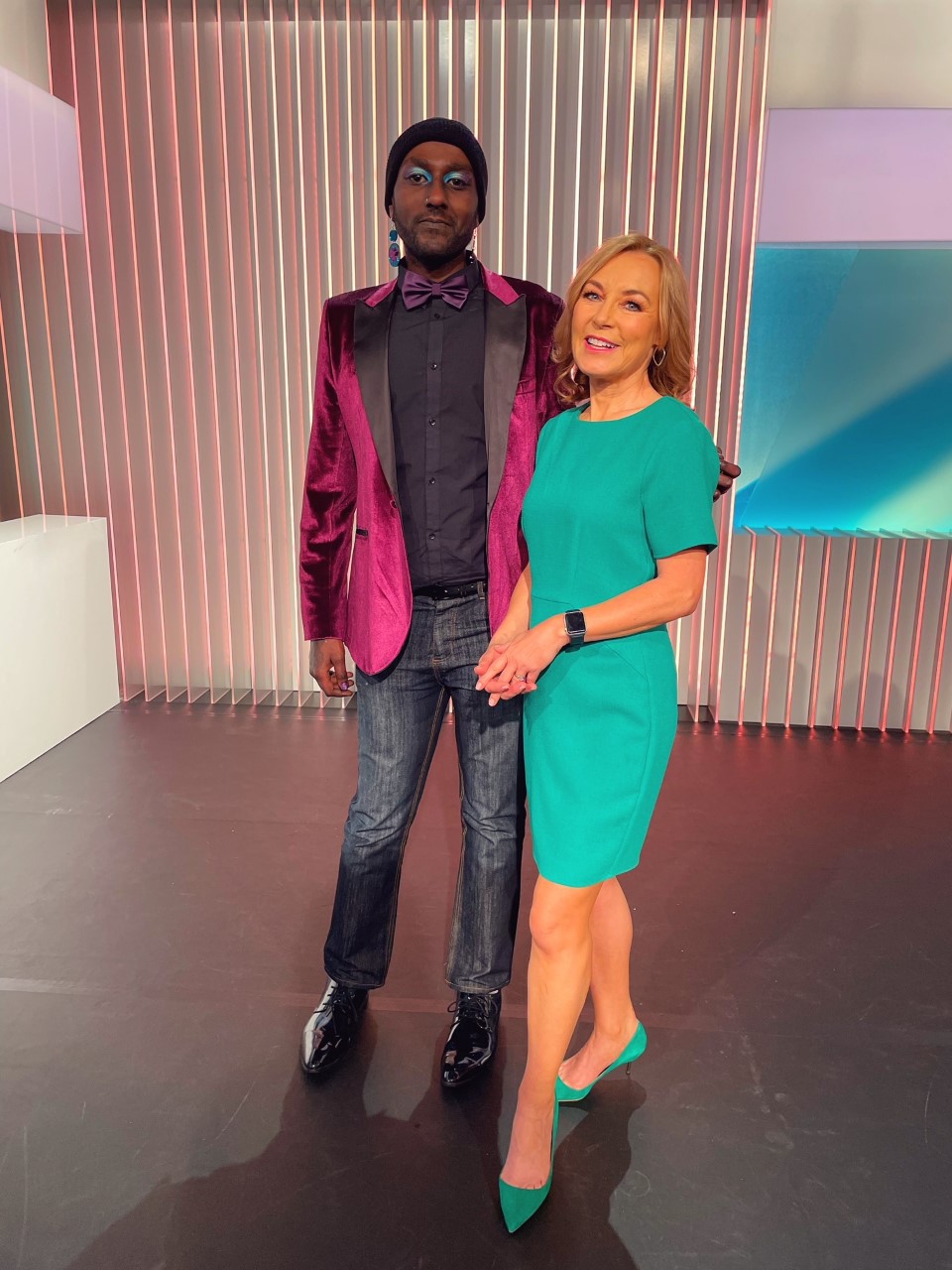 As I listened to season 8’s Kim Chi talking about how it increased their self-esteem, I was intrigued because confidence is something I have struggled with greatly.

When I finally built up the courage to tell my friends that I wanted to experiment with makeup, I honestly didn’t expect them to react as they did. They showered me with pallets and starter kits.

That support alone made a world of difference.

It’s through finding this outlet of expression that I’ve been able to find happiness as a gender non-conforming person, who came to the UK on a boat 20 years ago.

I grew up in Sudan, which was difficult because the civil war made violence commonplace.

My most vivid memory of this violence was when I was around four years old and I watched a mob of three people grab a young man, bring him to his knees and proceed to mercilessly beat him with anything they had at hand – rocks, sticks and fists. I could see his eyes through the blood.

That violence often seeped in from the streets and into my home. My father in particular inflicted extreme violence on me, for seemingly no reason at all. Whether it was me accidentally making too much noise and waking him up, acting too ‘girly’, his football team losing or he was just simply having a bad day.

His most favoured method of violence was whips fashioned from old belts and AV cables. The worst beating I received gave me lacerations that got infected causing my eczema to go septic, I spent a month in the hospital.

This was a complicated experience because of the violence they inflicted on me, but I harbour no ill feelings. I wish I could have asked them if they knew what they were doing to me and how much it would affect me in life. When they died, my uncle took over looking after me.

My gender identity struggles started from a very young age. I always had a very high pitched voice growing up and suffered from severe eczema too. This made me a target for severe bullying.

Other children would often recoil in horror when they saw my skin, which forced me into isolating myself and experimenting in hair and beauty – anything that would make me less repulsive to the world I lived in.

Seeing children run away from me and hearing parents telling them not to touch me broke my heart as a child. This had the opposite effect and intensified the bullying.

I was often labelled ‘girly’ and was beaten up because of it. I struggled to find what would make me acceptable to the world.

The same year my parents died, my uncle decided to place me on a boat to England.

I was given no instructions, no plans and I didn’t really know where I was headed at the time. I was alone and remained so for the entire journey of 90 or so days. By that point in my life, I had almost shut down from the trauma of it all.

After a very long journey, I made it to the docks in Liverpool. I was alone and worse for wear, but at least I knew how to speak some English.

After wandering the streets for hours, a concerned member of the public called the police, who took me to the Home Office. I was interviewed but I was inconsolable at the time and I couldn’t stop crying.

I was then accidentally taken to an adult home for refugees, that was run down and bare. I just cried until I fell asleep.

When the occupants at the time saw that I was clearly too young to be there, they called social services and they came the following day.

A very angry social worker arrived and took me out to lunch and bought me comic books. It was the first time I was treated like a child in years.

I settled into Liverpool in 2002 after a brief stay in New Brighton, where I spent two weeks in a home for children with violent tendencies. This was because I was told all local homes were full and I was there while a more permanent residence was found.

It was a very scary place to be, as the children were really troubled and would let their aggression out on the house. I was never harmed but the police were there almost every night. It was a really sad place.

I was then moved to a permanent children’s home in Liverpool.

My first impressions of these early days in the UK were the extreme culture shock that came with my new surroundings. Attending high school in a new culture was even more so. I was bullied a lot in the UK too, which exacerbated all I was dealing with.

At the same time, I was struggling with thoughts of suicide because I wasn’t sure if the damage done to me both physically or emotionally is something I could overcome.

I was diagnosed with PTSD not long after moving into care, but it didn’t really mean much to me as a child. I was still too fixated on all I’d lost and all I had to yet accept.

It wasn’t until recently that I began to understand the importance of that diagnosis, how it affects me and how I can overcome all that comes with it.

My life in the UK was troubled for a long time. Getting to grips with various mental and physical health issues I developed as a child was extremely difficult.

I still live in a state of constant fear, where – no matter my surroundings – I feel that I will be imminently attacked. Physically, I’ve been diagnosed with nerve damage, which leaves me in severe chronic pain. The intrusiveness and debilitating effects can be overwhelming.

I studied until I got to college but I dropped out in after a failed suicide attempt made me lose focus and direction. My mindset at the time was that of defeat.

It wasn’t until one of my old carers from the home in Liverpool adopted me into her family did I slowly begin to find myself. Her and her family supported me in every possible way and only with their love did I begin to accept myself. She’s been my ‘grandma’ for 16 years now and I love her.

A year ago, I started practising the art of makeup to bring some colour into my life.

Chronic pain limits how much I leave the house, so I thought it would cheer me up when I caught myself in the mirror. I found the process of applying makeup very cathartic and a great distraction from physical pain and anxiety.

An unexpected side effect was the boost in confidence. Having people stop me on the street to tell me they love my makeup has done wonders for me.

It was a video about living with physical and mental illness. I tried to be as honest as I could about how much I struggled on a daily basis.

The charity asked if I could become a media representative for them, which gave me an immense sense of value and self worth. Having a new purpose made slowly accepting myself more within reach.

My life today is still troubled because chronic pain can suck the colour out of it, but I’m still very hopeful about finding an avenue that allows me to support myself financially and doing the things I love – be it writing, makeup or fashion.

I’m very involved in practising my makeup skills and starting a TikTok account has opened a new world of acceptance from others. I’ve been talking very openly about my struggles with mental and physical health on the platform.

The amount of support and people echoing my feelings has made me feel less alone. I receive an equal amount of love for my makeup efforts.

Chelsea players urging board to sign £50m forward ahead of Arsenal

Finding the silver linings in my experiences and sharing them to make the world a more open place has given me a new lease. Mind has been a massive help in showing me that some good can come from all that I have experienced.

My only hope for the future is that I can one day feel safe – it’s all I ever think about and I can’t wait till it happens.

I know I’m well on my way for this to become a reality.

Immigration Nation is a series that aims to destigmatise the word ‘immigrant’ and explore the powerful first-person stories of people who’ve arrived in the UK – and called it home. If you have a story you’d like to share, email [email protected]

MORE : ‘You need to prove that you’re gay’: The reality for LGBTQ+ asylum seekers in the UK

MORE : I lost my mum and brother while trying to seek asylum by boat

MORE : I’m starving – I can’t afford to feed myself with the amount of money I’m given as an asylum seeker

This year marks 50 years of Pride, so it seems only fitting that Metro.co.uk goes above and beyond in our ongoing LGBTQ+ support, through a wealth of content that not only celebrates all things Pride, but also share stories, take time to reflect and raises awareness for the community this Pride Month.

And we’ve got some great names on board to help us, too. From a list of famous guest editors taking over the site for a week that includes Rob Rinder, Nicola Adams, Peter Tatchell, Kimberly Hart-Simpson, John Whaite, Anna Richardson and Dr Ranj, we’ll also have the likes Sir Ian McKellen and Drag Race stars The Vivienne, Lawrence Chaney and Tia Kofi offering their insights.

During Pride Month, which runs from 1 - 30 June, Metro.co.uk will also be supporting Kyiv Pride, a Ukrainian charity forced to work harder than ever to protect the rights of the LGBTQ+ community during times of conflict, and youth homelessness charity AKT. To find out more about their work, and what you can do to support them, click here. 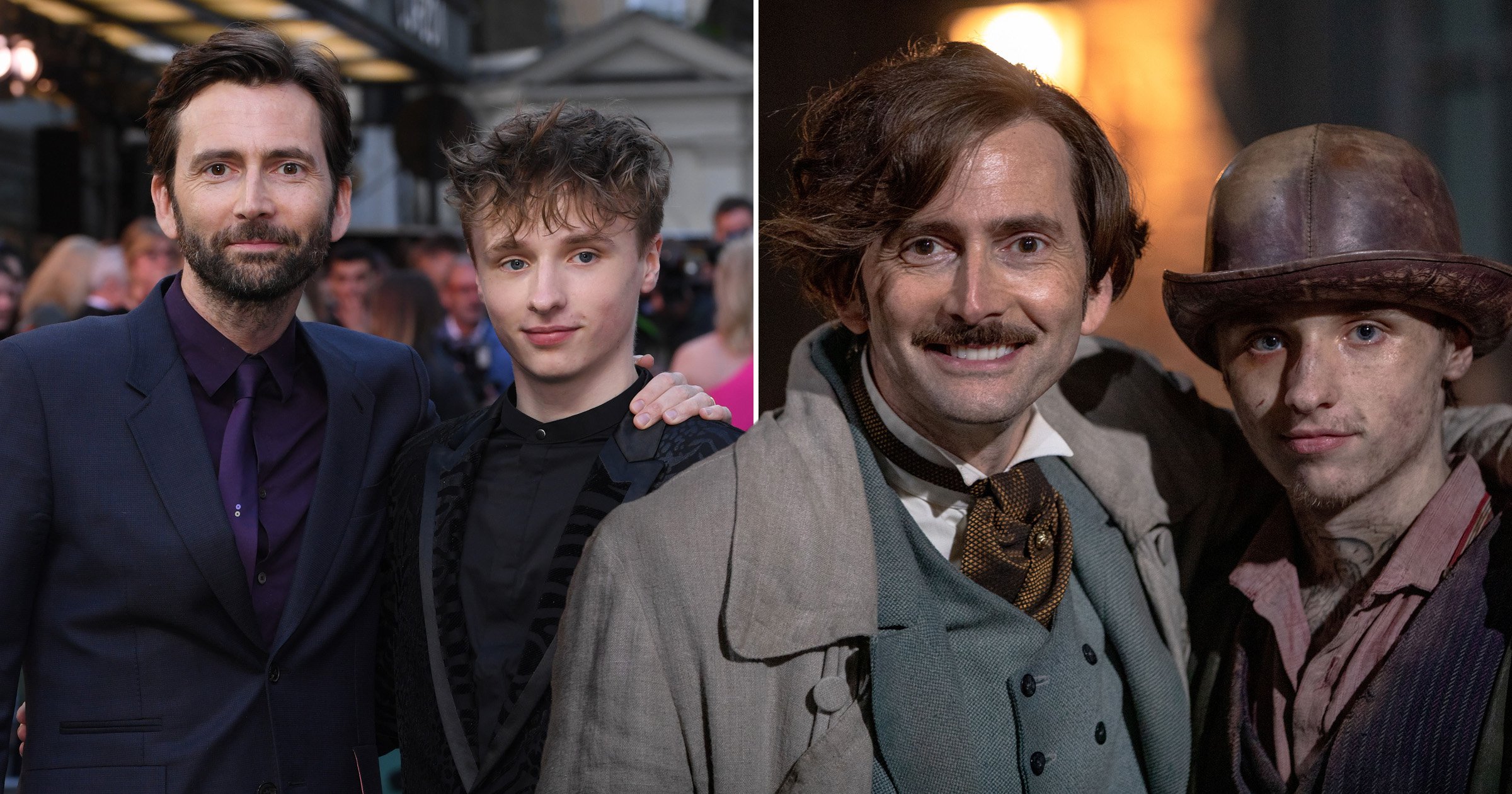 David Tennant on acting with son Ty for ...