The detective died while doing her job - trying to protect those in the village.

Silas Blissett’s (Jeff Rawle) reign of terror came to a thunderous conclusion in Hollyoaks, but not before he claimed one more victim.

The serial killer, who staged a comeback earlier this month, was on a mission to get his hands on Baby Costello (Jayden Fox), after terrorising the McQueen clan one final time.

He kidnapped Mercedes (Jennifer Metcalfe), forced alcoholic John Paul (James Sutton) to relapse, and demanded that Theresa (Jorgie Porter) and Goldie (Chelsee Healey) choose which one of them would die.

If that wasn’t enough, the crazed killer then detonated a number of explosives, resulting in two huge explosions ripping through the village, endangering the lives of just about everyone!

Amid all the chaos, Silas managed to sneak inside the McQueen residence wearing a carnival-appropriate disguise to conceal his identity.

DI Lexi Calder (Natalie Anderson), having been tipped off by the McQueens, was searching high and low for Silas when the bomb exploded, and her attention was soon elsewhere, as she swooped in to protect everyone within the blast range.

Goldie, however, was panicked when she realised Bobby was on his own, and therefore Lexi entered the McQueen household in pursuit of the little lad.

Bobby, however, was nowhere to be seen.

A masked clown appeared before Lexi, who reckoned the masked man was Bobby, but she soon realised it was Silas, and he grabbed one of Bobby’s nearby toys and whacked her over the head with it!

Goldie was horrified, and she was later seen telling John Paul that Lexi had died at Silas’ hands.

Lexi featured heavily in the Channel 4 soap both this year and last, investigating both Project Bluebird and the mysterious death of Lisa Loveday (Rachel Adedeji).

She made her on-screen debut back in October 2021, when it was revealed that she was a colleague of undercover cop Saul Reeves (Chris Charles), who showed up in the village under the guise of Nate Denby.

Lexi, however, soon disappeared from screens, after Lisa’s murder was solved and Toby Faroe (Bobby Gordon) was jailed for his crimes, but it was later revealed that she was mum to schoolgirl Freya, who was left with life-changing injuries after the bus crash.

The detective subsequently terrorised John Paul, who was driving the bus while battling alcoholism, for a number of weeks, before resolving to start afresh.

Silas, meanwhile, perished himself shortly after killing Lexi, when Bobby – determined to protect his loved ones – pushed his granddad onto the electrified chessboard in the folly, killing him instantly!

Hollyoaks continues Thursday September 29 at 7pm on E4, or stream the next episode from midnight on All4. 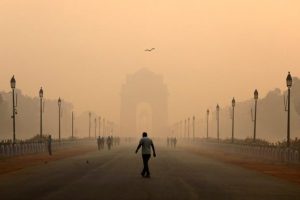