JACKSONVILLE, Fla. (AP) — Officials have dropped the trespassing charge filed against a Black community activist who was handcuffed prior to the start of a...

JACKSONVILLE, Fla. (AP) — Officials have dropped the trespassing charge filed against a Black community activist who was handcuffed prior to the start of a news conference held by Florida Gov. Ron DeSantis earlier this month, his attorney said.

Ben Frazier, 71, had tried to attend the Jan. 4 briefing that DeSantis held in Jacksonville, hoping to discuss the “shoddy job” he believed the governor and state had done in response to the pandemic, according to a statement this week from Jacksonville attorney John Phillips.

A video feed of the confrontation showed police handcuffing Frazier and leading other protesters from the room inside the state Health Department building in Jacksonville where the briefing was to be held.

“The governor is afraid to meet with the people,” Frazier, president and founder of the Northside Coalition of Jacksonville, said that day as an officer handcuffed him. “When it comes to public welfare, this governor does not care.”

In the aftermath of the protest, DeSantis spokeswoman Christina Pushaw had defended the removal of Frazier, saying he was blocking the public from hearing the governor’s news conference.

“Every citizen has the right to protest in public places -– but not to trespass in a secured facility in order to disrupt a press briefing and prevent essential information from being conveyed to the public,” she said in a statement Jan. 4.

Phillips said Frazier has asked for a meeting with DeSantis, hoping to discuss “issues and concerns of poor people and Black Floridians,” including housing, health care and mental health. The attorney said they have not heard from the governor’s office.

“We invite that and suspect a simple meeting could avoid legal action entirely. It’s all he wanted all along. These charges were dismissed as quickly as they could have been given the issues of who would actually prosecute this spurious case,” he said.

The charge against Frazier was dropped Jan. 21. The court document citing the dismissal did not detail the reason for dropping the charge, but said no further action was required. 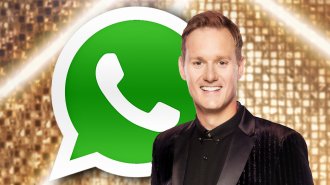