'The entire roof just ripped off'

A Melbourne woman and her grandmother have been left homeless after cyclonic winds tore the roof off their Chelsea home. 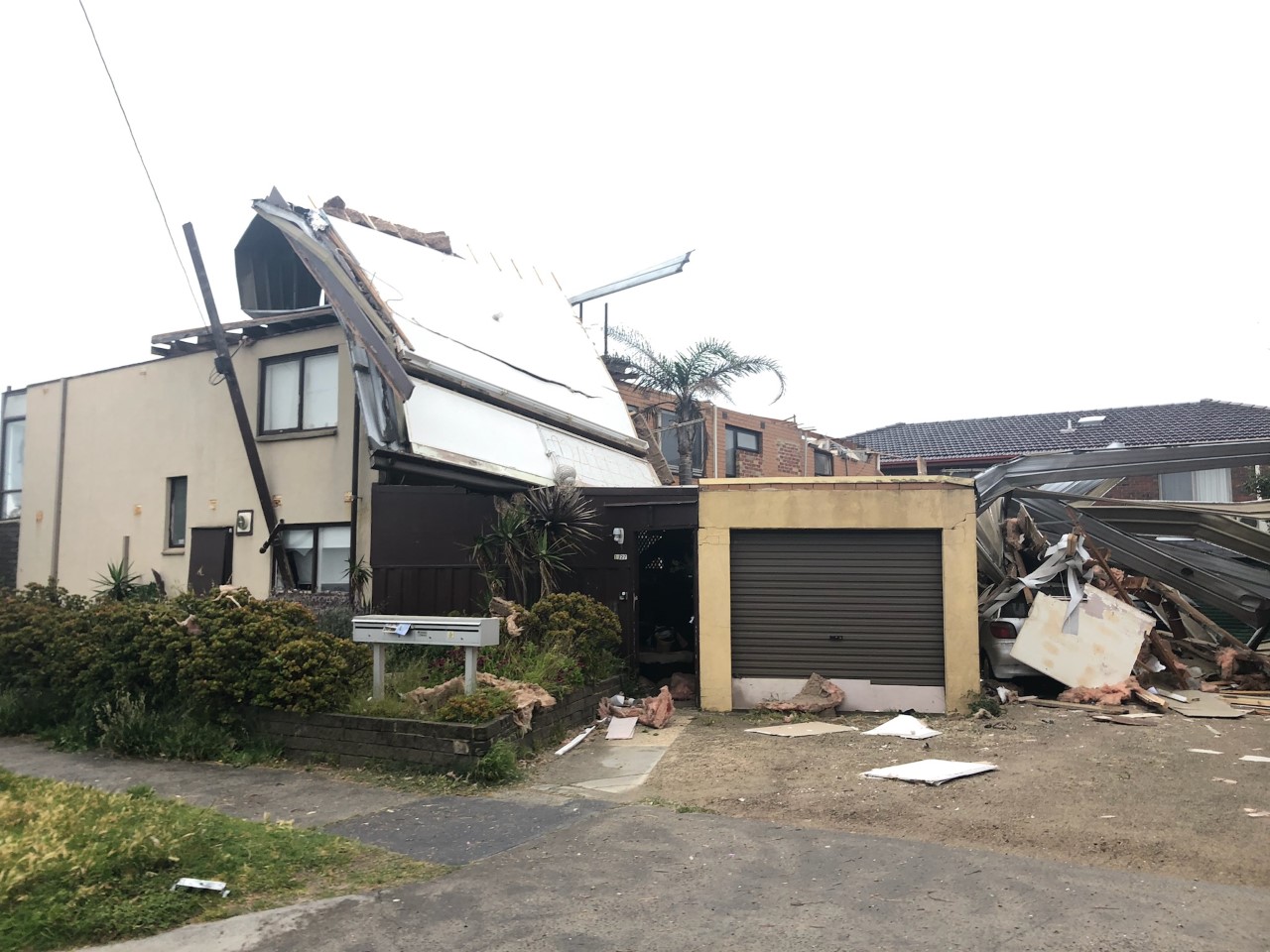 A Melbourne woman and her grandmother have been left homeless after cyclonic winds tore the roof off their Chelsea home, leaving it destroyed.

Amber and her 76-year-old nan are now living in crisis accommodation after losing their unit and belongings in the destructive storm on October 29.

The wild weather event ravaged parts of Victoria last month, causing trees to collapse, rooves to be ripped from houses and power outages across 526,000 properties.

READ MORE: Victorian parks and trails to be closed for months due to wild weather

Speaking to 9News.com.au, Amber told of how the pair woke to hear the sound of wind shrieking outside about 8am that day.

"The wind just hit the entire room," she said.

"It slammed the bedroom door shut and suctioned it closed.

"We ran downstairs, terrified - we did not know what was going to happen." 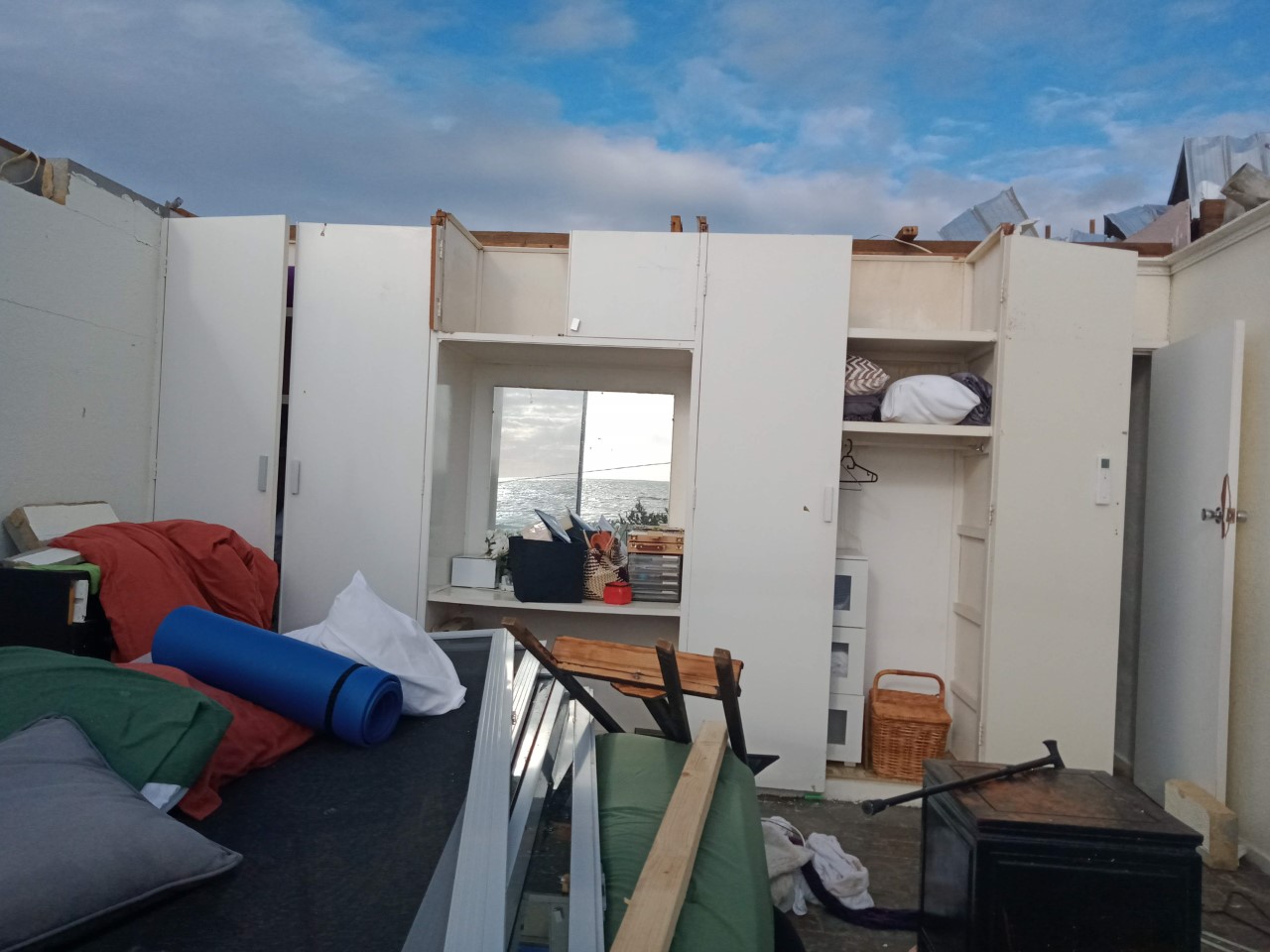 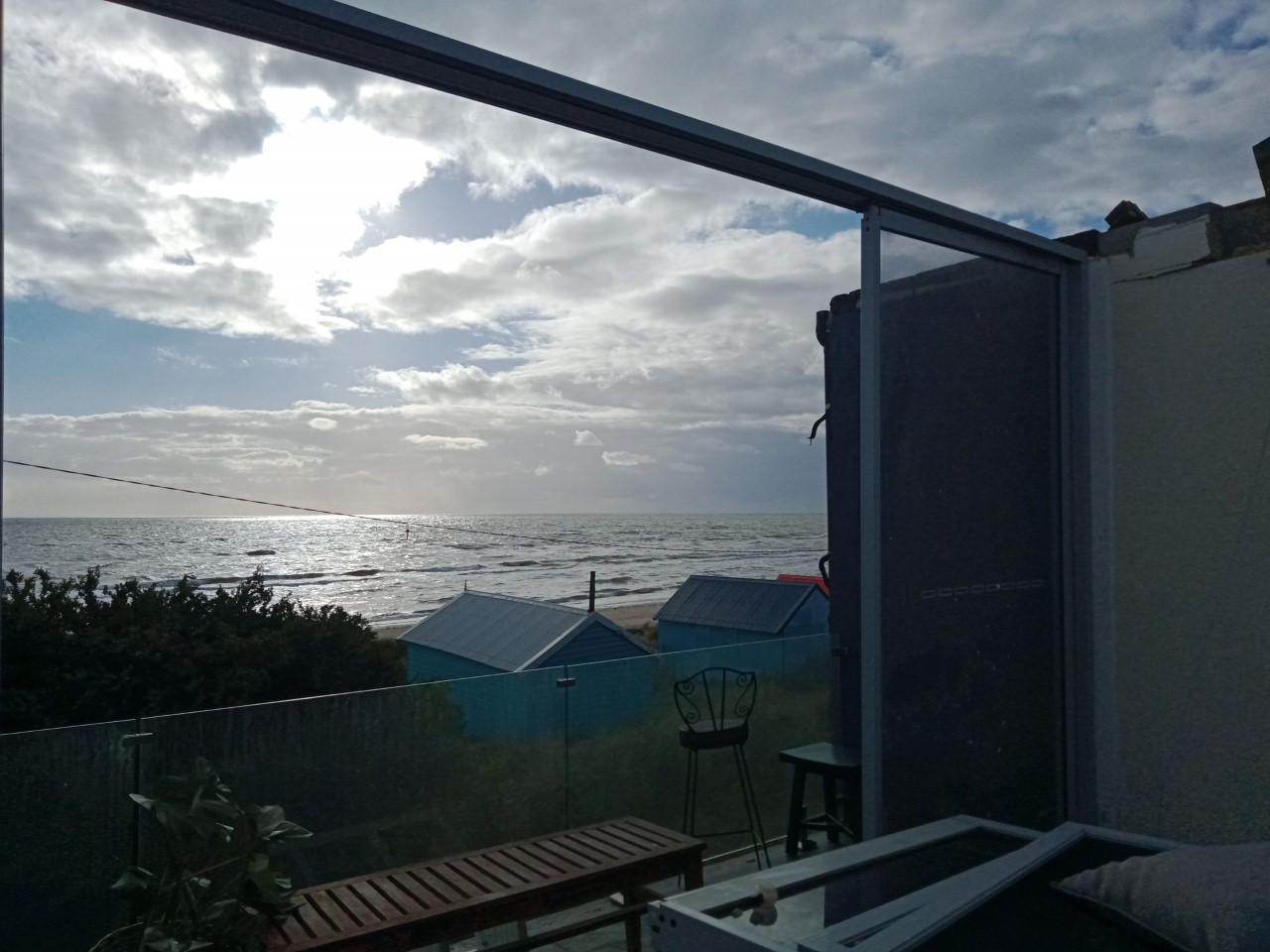 The pair then heard a ripping sound and as they looked out of their kitchen window, they were shocked to see the roof of their home flying off into the air.

"The doors broke away from where they were sitting," Amber told 9news.com.au.

"We just heard this tearing sound after that and we looked out the window and we just saw the debris from the roof just flying in the wind.

"The entire roof just ripped off. There was just metal and wood everywhere."

Amber and her grandmother are both pensioners and lost not only their home - but their car and most of their belongings in the storm.

The debris from the roof landed in their neighbour's backyard and on Amber's car, crushing it completely. 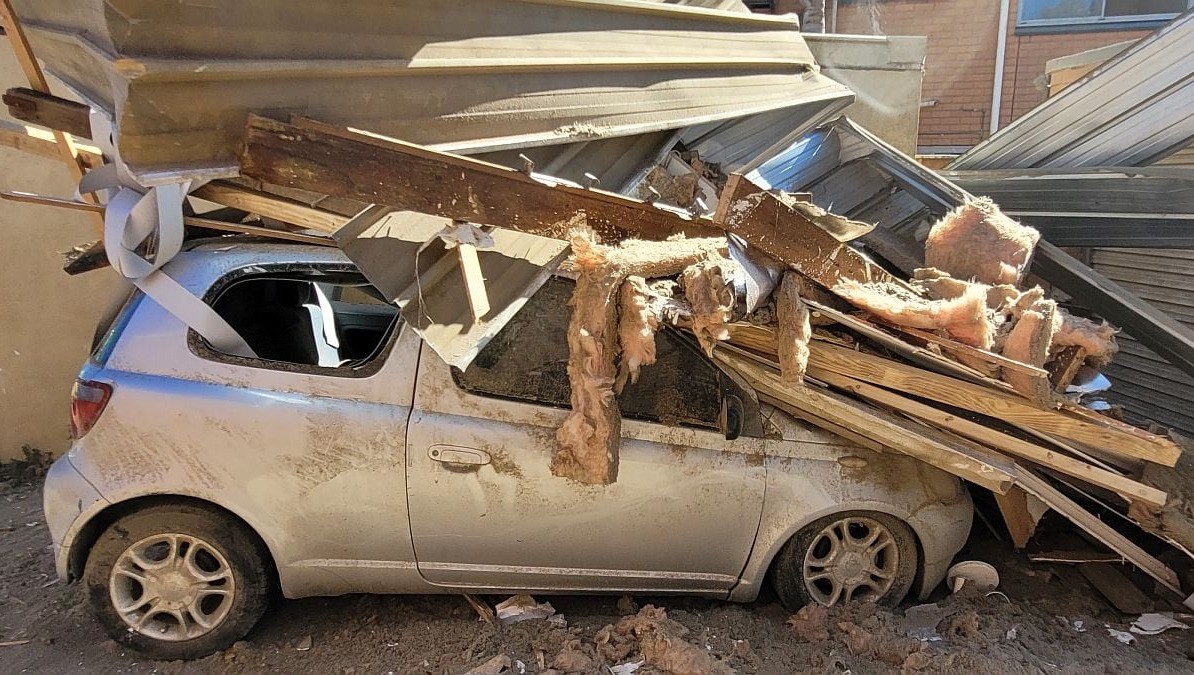 A range of emotions filled a petrified Amber and her nan next, but as she told 9news.com.au, they felt mostly helpless and scared.

"It was terrifying, we didn't know what we were going to do," she said.

"We were very shocked. I tried to call the SES, but I basically couldn't get through to anyone."

The pair would soon learn the winds — of nearly 150km/h — were the strongest seen in Victoria in more than a decade, and left a path of destruction across much of the state.

The beachside suburb of Chelsea - where they lived - was among one of the worst-hit areas in Melbourne.

The State Emergency Service (SES) received more than 3000 calls of assistance on that day alone - 2300 relating to fallen trees and 490 on building damage.

While in the seven days from 4pm on October 29, up until 4pm on November 4, SES volunteers responded to a total of 9898 requests for assistance.

Amber and her nan stayed inside their roofless home until help arrived.

"The wind was still raging," she said. 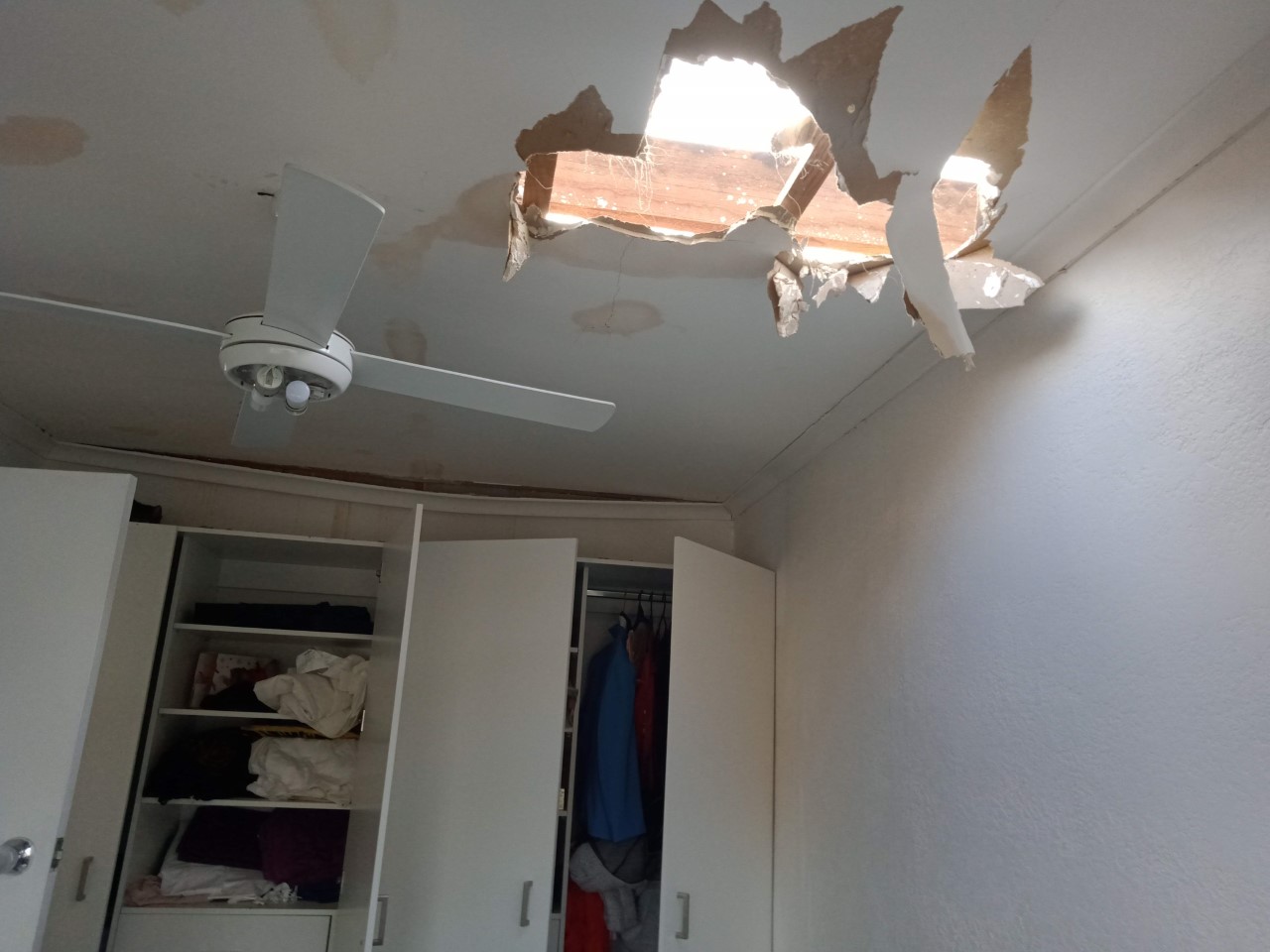 "We were scared to actually go outside because we didn't know if we would be hit by things falling around and there were live wires that had been ripped apart.

"After that, we didn't have anywhere to go, so now we are in crisis accommodation."

Amber and her nan were fortunate to escape the wreck without any injuries.

The pair are living in crisis accommodation until they find a new place to call home.

They lost everything in the storm and to make matters worse, their unit was discovered to be contaminated with asbestos, making it unsafe for them to return and collect their belongings. 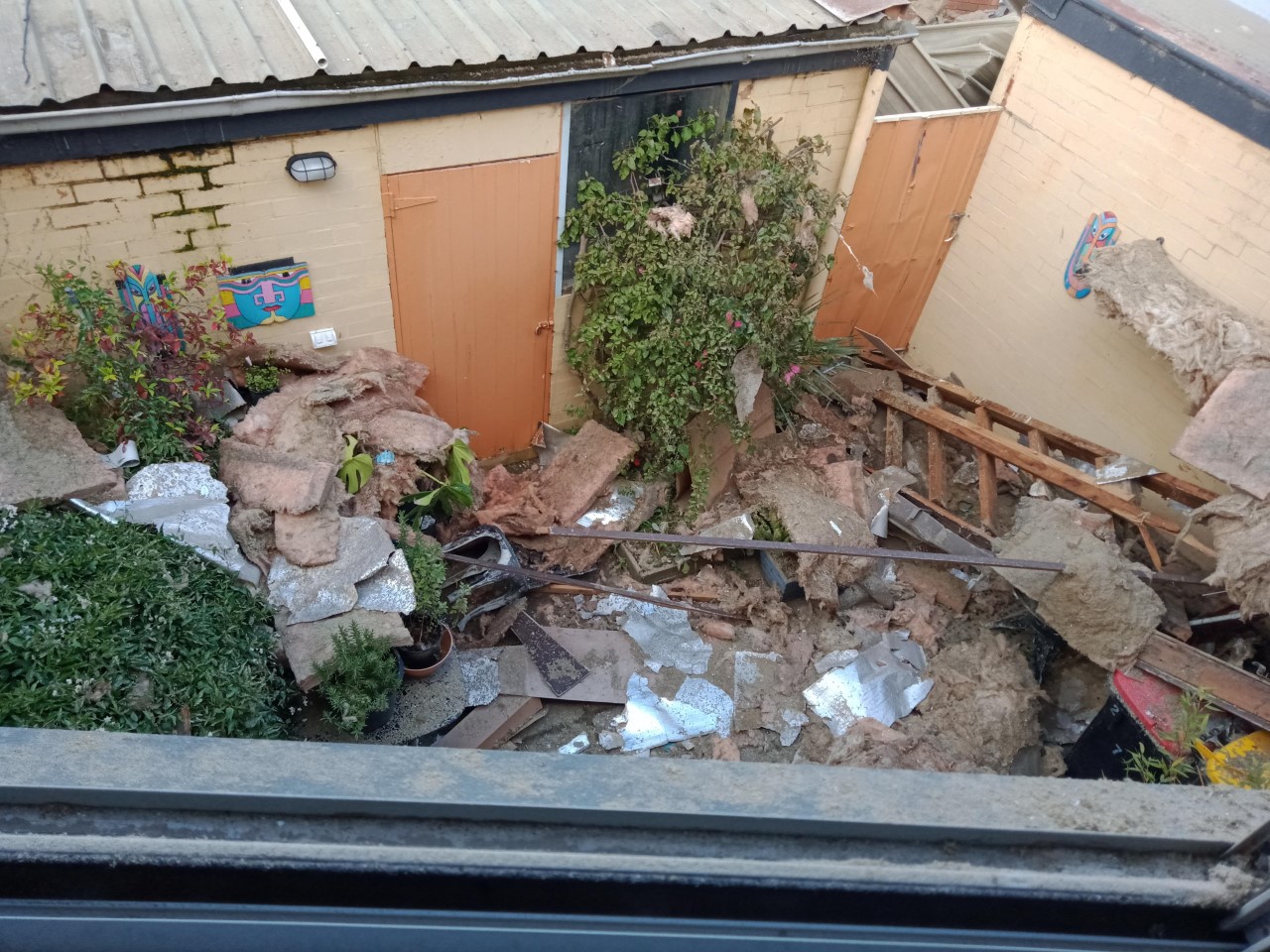 By that stage, their roofless house was already flooded with water, with their items damaged.

Fortunately, the pair's landlord managed to go back inside and grab a few items of clothing for them at the time, but it was too dangerous to collect anything more.

"We only had the clothes on our backs," Amber explained.

"I was in my pyjamas and my nan was in her dressing gown – nothing else.

"Everything in our bedrooms is basically gone."

Amber has started a fundraiser to raise money to replace their lost belongings.

"It's just been an absolute nightmare," she said.

"We have to replace everything. It's a lot of money to replace absolutely everything - so we started the fundraiser ... any financial support would be much appreciated." 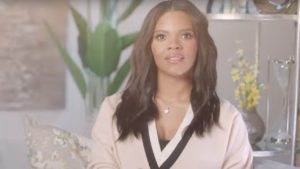 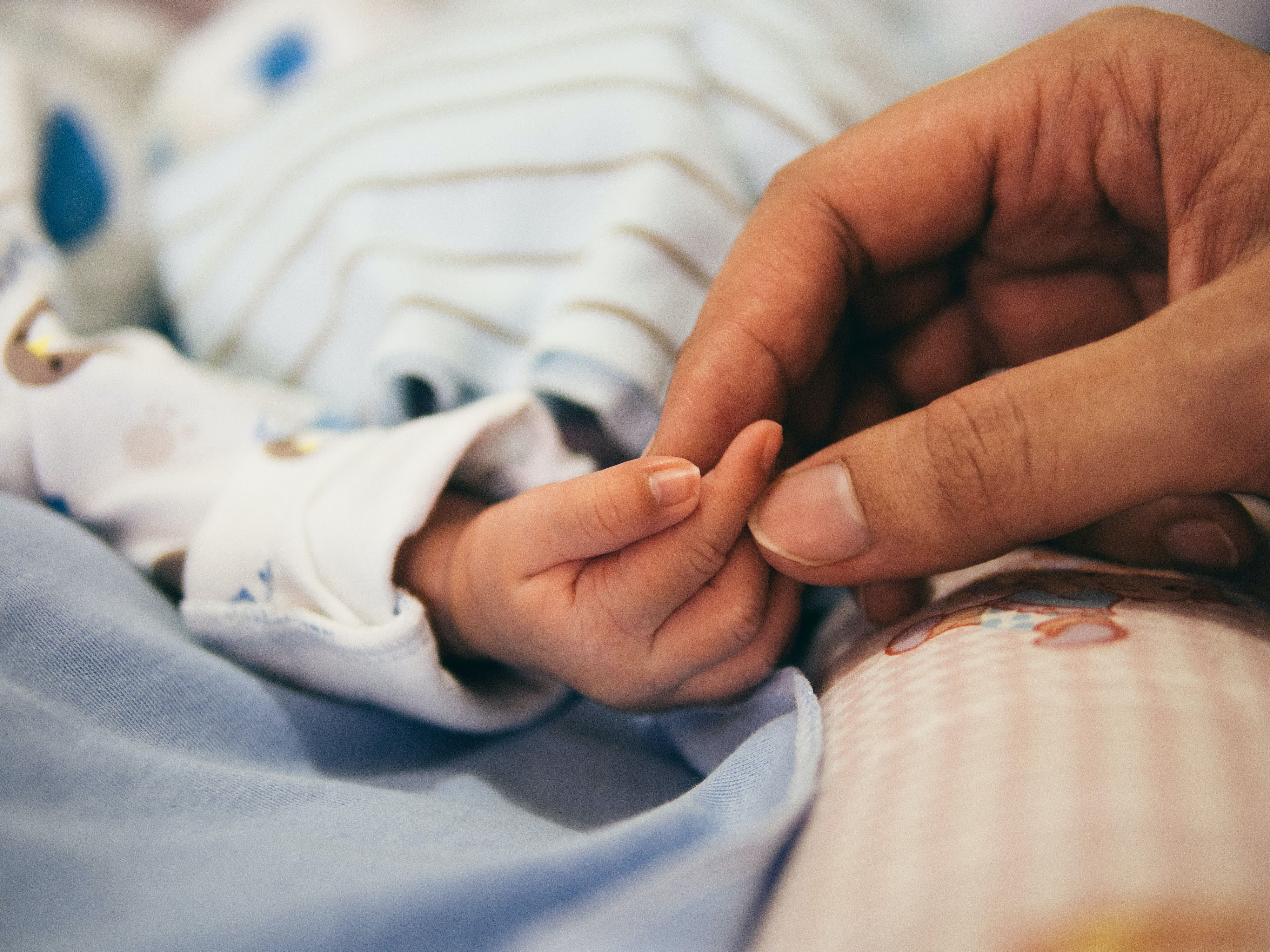 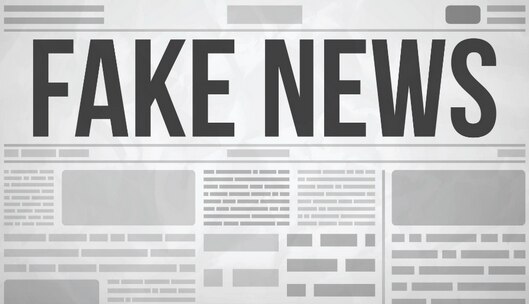