The countdown is well and truly on to Callan Macra’s 75th anniversary celebrations. The club will celebrate the milestone with... The post Callan Macra to celebrate 75 years next weekend appeared first on Agriland.ie. 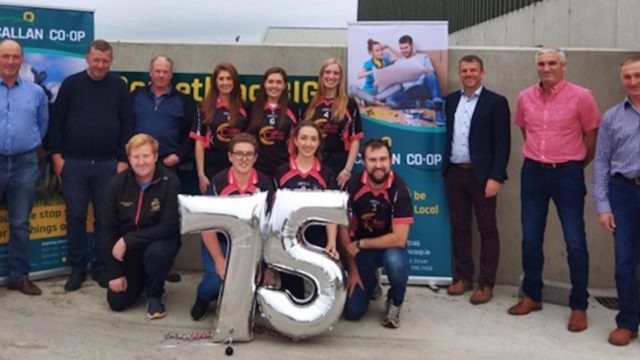 The countdown is well and truly on to Callan Macra’s 75th anniversary celebrations.

The club will celebrate the milestone with a dinner dance in the Rivercourt Hotel in Kilkenny on Saturday (October 8).

Callan Macra, nestled on the Kilkenny-Tipperary border, is an active club with over 100 members hailing from the hinterlands of Callan and beyond.

Founded on March 15, 1947, the club was one of the first Young Farmers’ Clubs – which became known as Macra na Feirme and most recently, just Macra – to be established nationally.

Since its inception, the club has experienced many highs, engaging in all areas of the national organisation, according to Josephine O’Neill, chairperson of the club and the organising committee for the 75th anniversary celebrations.

“The club not only caters for members’ needs and interests but has also brought home much silverware over the years,” said Josephine.

In 2019 and 2020, Callan Macra was victorious in the Club of the Year competition. Since the 70th anniversary alone, it has won numerous All-Ireland titles including debating, soccer, Gaelic football and public speaking, with plenty of second place finishes along the way too.

The club is also one of the few around the country with its own hall, something highly valued by members who spend many a night there, practicing for various upcoming competitions.

Since purchasing the hall in 1959, members have worked tirelessly to fundraise for the renovation and modernisation of the hall.

Many of the early meetings of the club were held in the local Christian Brothers School, an appropriate location as one of the original cornerstones of the club was education.

A past member of the club, met as part of the research of club history, remarked that Macra was the farmers’ university.

At times the school was unavailable so meetings were held in the parish hall or even under a street lamp. This was deemed unsustainable and the club began to investigate the purchase of a premises.

The building was in disrepair and the club worked to renovate it so that functions could be organised much more easily. The school, located on Mill Street in Callan, was bought for £200.

The hall was renovated again in the 1980s and also five years ago. It continues to be central to the club with activities including meetings, carol singing, drama practice and debating taking place there on a regular basis.

“The long history of the club will be celebrated with members past and present coming together to reminisce and share stories,” said Josephine.

The committee hasn’t been able to pinpoint the exact number of original members but it has identified the original officers. James Lutrell was the first chairperson; James O’Neill was vice-chairperson; Nicholas Murray was secretary; and John Roughan was treasurer.

Macra marriages are common and the Callan club can boast of several. Many members are ‘Macra babies’ as their parents were previously members of the club.

The 75th committee has compiled a book to commemorate the major milestones of the club. The book will be launched and sold on the night.

Guests are invited to a drinks reception at 7:00p.m followed by dinner, with music by ‘The Waxies’. Tickets are priced at €35, thanks to the support of Callan Co-Op. The closing date for ticket sales is tomorrow (Sunday, October 2).

The post Callan Macra to celebrate 75 years next weekend appeared first on Agriland.ie.