Bill Belichick has coached a lot of players and seen a lot of things. It says a lot, then, that he was so impressed with Jamie Collins' interception. BOSTON (CBS) — Try, for one second, to estimate how many football players Bill Belichick has coached in his life. It’s ridiculous.

From his days with the Baltimore Colts in 1975, to his work with receivers and special teams in Detroit, to his year with the Broncos, to his dozen years with the Giants, four with the Browns, one with Bill Parcells in New England, three more with Parcells and the Jets, and the 20-plus seasons as the head coach of the New England Patriots, Bill Belichick has coached a lot of players. A lot of players.

It stood out quite a bit, then, when the 69-year-old head coach expressed his amazement at the athleticism of Jamie Collins late Sunday afternoon.

Collins had come up with an interception during the Patriots’ 24-6 win over the Panthers in Carolina, and he did so by leaping at the line of scrimmage and snatching a Sam Darnold pass out of midair.

Jamie went up and got it.

After the game, Belichick mentioned the pick during his opening remarks, without being asked about it.

“The play Jamie made, I don’t know how many players in the league could make that play. Not very many,” Belichick said. “But that was a tremendous play.”

A few minutes later, Belichick was asked what stood out about that play.

“Well, just the catch. I mean, he was like five yards away from the quarterback, who threw it as hard as he could,” Belichick said while unable to hold in a chuckle. “Pretty tough catch.”

Belichick is famously stoic, in case you hadn’t heard. He’s also a master of the understatement and redirecting praise from individuals to the team at large. So to see and hear him so visibly excited for a feat of athleticism is no small moment.

Collins was amazed by it all, saying that he often does that in practice. He didn’t really have an explanation on how he’s able to do it, either.

He did do some stuff. There’s no doubt about that.

–The play before the pick was equally as impressive for Jamie Collins. Great read, great explosion. Looked like he was shot out of a cannon while dropping Christian McCaffrey for a loss of three:

Collins wasn’t exactly an impact player outside of that two-play sequence. But, well, that’s a rather strong two-play showing.

–Belichick also seemed impressed by J.C. Jackson’s pick-six. Or perhaps he was amazed. Unclear. But after Jackson scored, the broadcast camera showed Belichick staring up at the video board to get another look:

Jackson was so good with his two picks that he prompted Belichick to crack a little joke about Jackson having to miss practice on Wednesday and Thursday due to illness.

“Yeah, I talked to him about that. I hope that’s not a sign of things to come, you know, to think that we don’t have to practice and then go out there and be a star of the game,” Belichick cracked.

–This is how I felt having to watch Sam Darnold play a football game on Sunday:

It’s also how Robby Anderson felt about having to play a football game with Sam Darnold on Sunday.

This doesn’t seem good for the Panthers.

A better look at Robby Anderson exchanging words with Sam Darnold after his third interception, courtesy of @KeepBlitzin.

We feel you, Rob.

–Darnold is now 0-4 in his career against the Patriots. He’s thrown one touchdown and nine interceptions in those four games. He now has seven touchdowns and 11 interceptions this season.

There’s no greater point here to be made. He’s just not very good.

–It’s good to feel good about the local football team. No doubt about that. And 24-6 victories, and three-game winning streaks, they make you feel good.

I’m not trying to be a bucket of cold water, really, but I’d advise some restraint in taking it too far. Four of their five wins have come against Sam Darnold, Zach Wilson, Davis Mills, and Mike White. Darnold, Wilson and White threw nine interceptions; that’s a large majority of the Patriots’ 13 interceptions on the season.

The Patriots are definitely heading in the right direction. And the AFC remains comically wide open. The Patriots can make progress toward real AFC contention, and real AFC East contention. I just think we have a lot left to learn. Absolute faceplants like the ones authored by Wilson and Darnold make it challenging to properly evaluate the Patriots.

–Plus, the way the Patriots started this game would have hurt them a lot more if they were playing a competent opponent. They were flagged for delay of game on a first down after gaining possession via punt. How that happens for an NFL team with veteran coaches is beyond me. They also had two false starts and a holding penalty in the first quarter. Jakobi Meyers had a Kevin Faulk-fourth-and-2 bobble to turn a chain-mover into a fourth-and-1. Mac Jones took a sack on a slap to the back when he had plenty of fake grass sitting in front of him.

The entire team failed to account for Brian Burns on the strip sack:

It was a lot of slop. Extra sloppy.

With Sam Darnold getting batted down at the line or throwing it away or throwing a pick every other throw, that sloppiness didn’t hurt. But there are still a lot of issues still popping up. Until those can get cleared up, it’s hard to see them being able to win consistently against teams in the top half of the league.

–They did, however, burn zero timeouts due to having 12 players on the field. That’s not even a snarky comment. Just a positive sign of progress.

–Christian Barmore just keeps showing up. He’s a rookie, so he’s not a totally complete player just yet. But each week, you’re seeing him make impact plays more and more. This one likely saved a touchdown.

(I said “likely” because it’s possible that Darnold’s pass was headed for the fifth row of the stands before it hit Barmore’s mitt. No way of knowing and he doesn’t get the benefit of the doubt.)

–Brandon Bolden. It’s no longer a gag. He’s a big part of the offense. Not the biggest, no. But big.

Another big catch for a Patriots RB!

Bolden was one of just two of the Patriots COVID opt-outs to remain on the team this year. (Dont’a Hightower is the other.) Belichick’s longstanding love for the running back-turned special teamer-turned running back is being rewarded.

–J.C. Jackson had the quote of the postgame. Because he’s so sincere, I don’t think he was being a wiseacre. When asked why the Patriots do so well against Sam Darnold, his voice dropped low and he got real serious: “We disguise. Our defense disguises pretty good when we play Darnold. Every year. He have a hard time.”

–It was technically not warm in Charlotte on Sunday. But it was still North Carolina in early November. It certainly wasn’t cold.

Nevertheless, Robby Anderson left the field looking like he was embarking on a climb of Everest. When your career is inexplicably tied to Sam Darnold, one might grow eager to cover one’s face as much as possible.

You can email Michael Hurley or find him on Twitter @michaelFhurley. Back In Public Eye: Governor Gavin ... 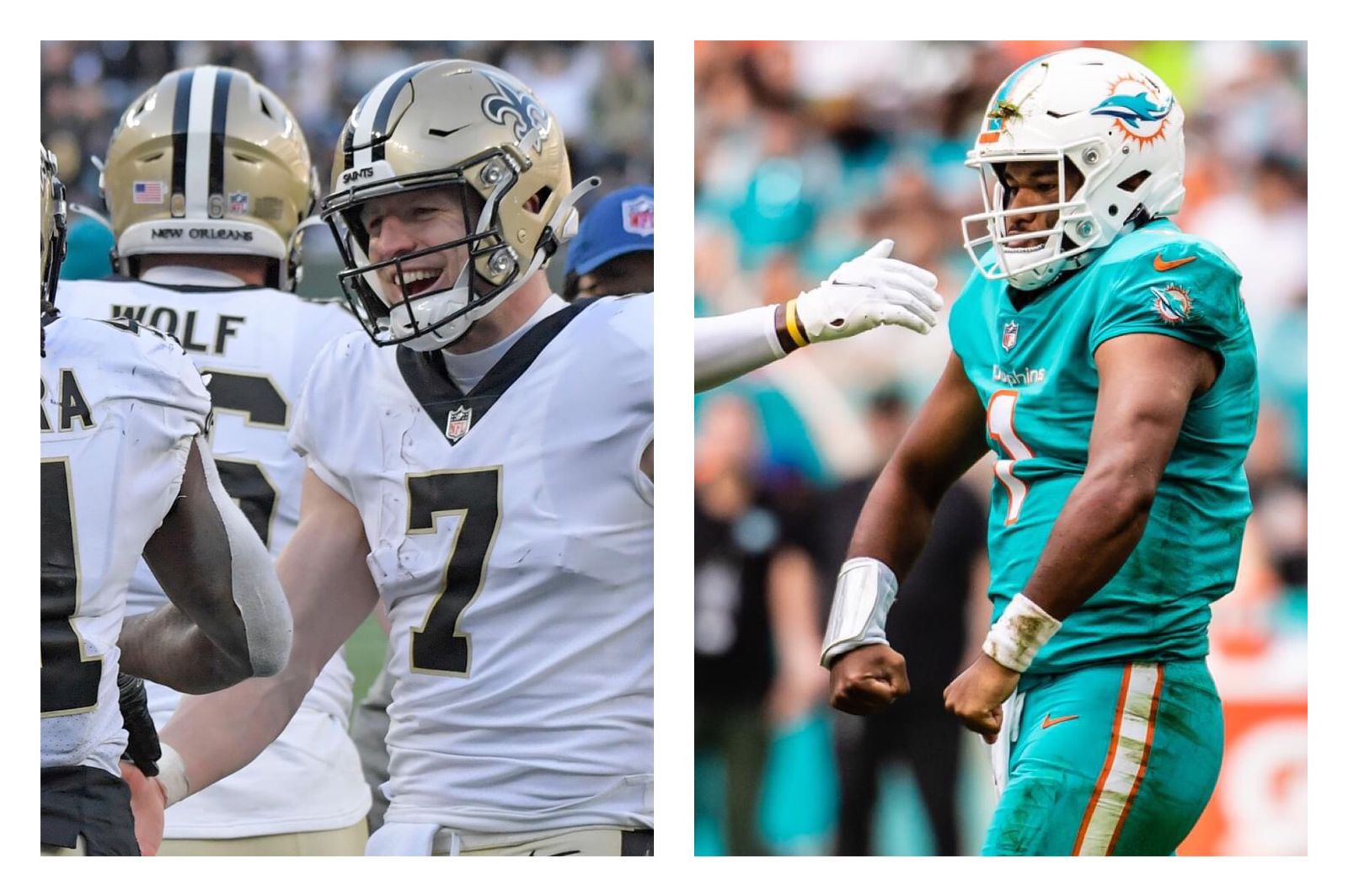