New Austrian chancellor vows to ‘drive back division’ in the country 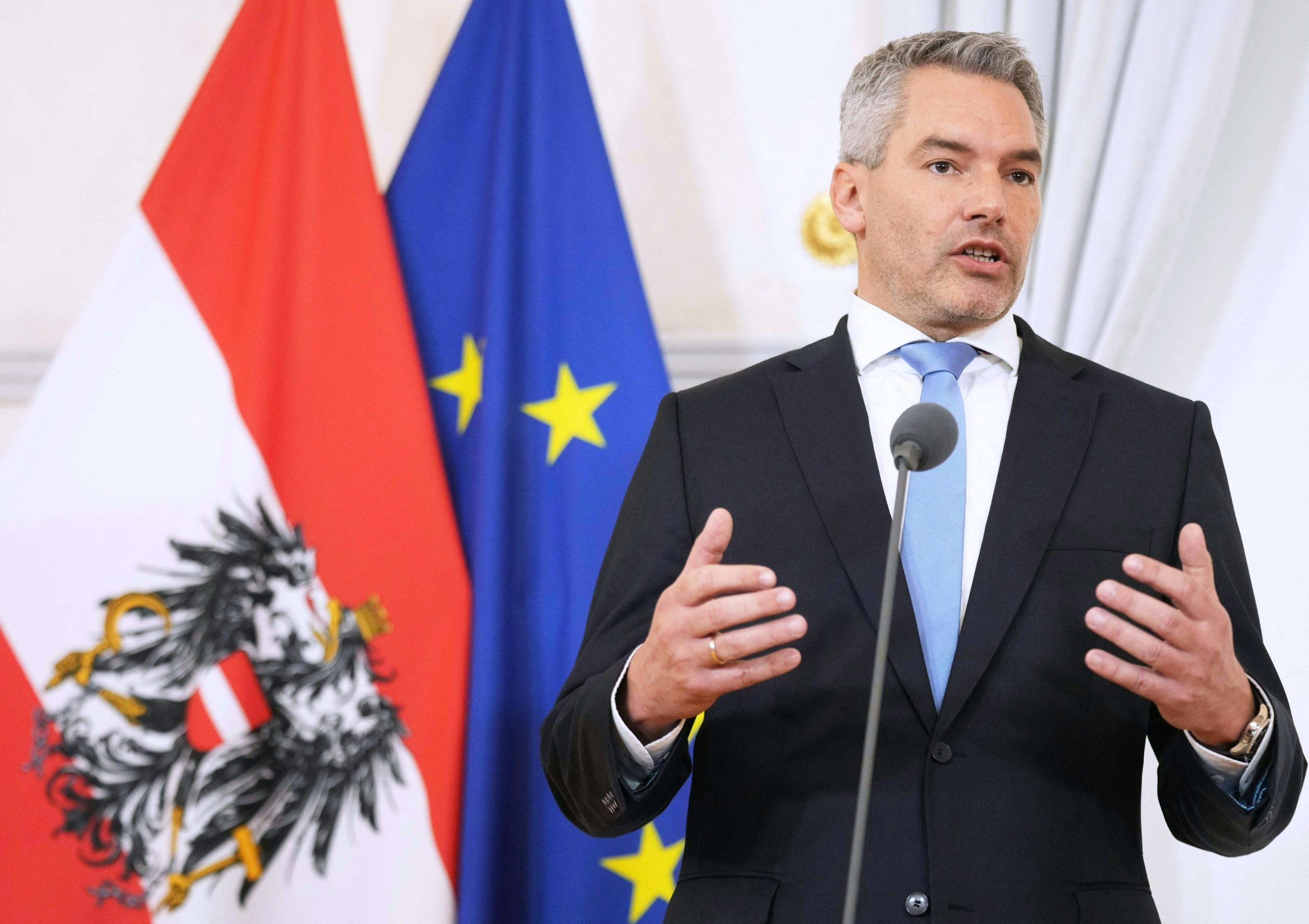 Austria’s new Chancellor Karl Nehammer vowed to bring the country back together after being sworn in Monday as the nation’s sixth leader within five years.

“There is much to do! The pandemic is not over and it is straining our people,” Nehammer posted on Twitter. “It must be our goal to drive back the division in our country and to fight together against the real enemy of our freedom and thus regain the trust of the people.”

Nehammer, previously the interior minister, is also the third person to serve as chancellor this year alone, having taken over from Alexander Schallenberg, who only served in the position a few weeks after taking the reins from former Chancellor Sebastian Kurz, who stepped down amid a corruption investigation.

Kurz last week announced that he would also give up the position of party leader of the conservative Austrian People’s Party (ÖVP) to leave politics altogether, triggering a raft of resignations including Schallenberg’s just hours later. Nehammer now also leads the ÖVP.

“I would like to thank especially Alexander Schallenberg for his work over the last few difficult and challenging weeks. I will never forget that during this time, you put yourself in the service of the country and took responsibility,” Nehammer said.

Kicking off his time in office, the new chancellor said his top priority would be fighting the coronavirus pandemic, which forced Austria into another lockdown last month. Emergency care units in parts of the country started to become overwhelmed with COVID-19 patients and the country’s vaccination rate remains lower than the EU average.

Austrian officials are set to meet Wednesday to decide on the next steps for battling the virus, with the current lockdown for vaccinated people set to end on December 13.

“Today and tomorrow, I will meet with experts, the health minister and representatives of the opposition in order to prepare well for the decisions on Wednesday, with confidence,” Nehammer tweeted.

President Alexander Van der Bellen on Monday also made the wider government reshuffle official, swearing in among others new Finance Minister Magnus Brunner, who took over from Gernot Blümel.

Former Chancellor Schallenberg returned to his post as foreign minister, which he held under Kurz’s last Cabinet. Michigan Department Of Transportation Re...