After 33 Years, Parents of Brain-Damaged Kids Get to Express Disgust With Florida Program

Our reporting prompted changes in state law, and on Wednesday, the program‚Äôs executive director resigned. Parents had harsh words about the way they and their children have been treated. 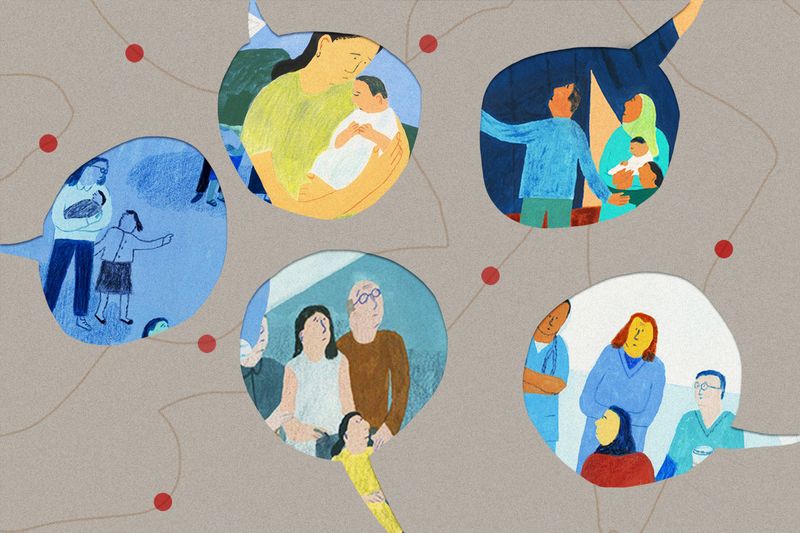 The parents of children born with catastrophic brain damage who were stripped of the right to sue were offered a measure of consolation Thursday: They were given the chance to speak.

About a dozen mothers and fathers addressed the administrators and governing board of Florida‚Äôs Birth-Related Neurological Injury Compensation Association, or NICA, at an online meeting. Many of the parents said they had suffered silently for years as the program fought over benefits that could have relieved the considerable burden on the children and families NICA served.

Florida lawmakers created NICA in 1988 to immunize obstetricians from the consequences of births that go tragically wrong. Instead, children born with catastrophic brain damage were channeled into the NICA program for ‚Äúmedically necessary‚Äù and ‚Äúreasonable‚Äù health care.

But starting in April, the Miami Herald, in partnership with ProPublica, published a series of stories showing that NICA had amassed nearly $1.5 billion in assets while parents struggled to pay for such things as wheelchairs, feeding tubes, medical supplies, therapy and nursing.

The investigation detailed how NICA administrators sometimes spent thousands of dollars in legal fees to avoid spending hundreds to care for a disabled child. Several parents said they had been ‚Äúnickel-and-dimed‚Äù by leaders who appeared more concerned with their financial ledger than the lives of children.

Though NICA‚Äôs board meetings have been open to the public, Thursday‚Äôs marked the first time since the program‚Äôs inception that parents joined en masse to share their lived reality with its leaders.

‚ÄúDealing with NICA is extremely frustrating and stressful,‚Äù said Ashley Hammer, the stepmother of 19-year-old Brennan Hammer. ‚ÄúWe didn‚Äôt get to choose the way our children were horrifically brought into this world. We fight every day to keep them alive and happy. We shouldn‚Äôt have to fight for the benefits which have been promised ‚Äî and are owed to ‚Äî NICA children and their families.‚Äù

NICA Executive Director Kenney Shipley, who announced her resignation Wednesday but was present at the meeting, offered Hammer $2,500 in NICA funds last year to help defray the costs of a guardianship the family needed to protect Brennan when he reached adulthood. Hammer consulted a local attorney.

‚ÄúAfter he laughed at me, he stated it was nearly impossible to complete such a guardianship within that budget,‚Äù she said.

But Shipley wouldn‚Äôt budge, Hammer said, and the family paid $7,500 out-of-pocket in legal fees. ‚ÄúKenney stated, and I quote, ‚ÄòI should be thankful for the amount we did receive, as guardianships aren‚Äôt medically necessary,‚Äô‚Äù Hammer told the NICA board.

Hammer said that when Hurricane Irma struck in 2017, she asked NICA to cover the costs of a hotel room as the generator the program supplied could not even power air conditioning, causing the boy to have heat-induced seizures. ‚ÄúBrennan needed air conditioning,‚Äù Hammer said. ‚ÄúHis life depended on it. Kenney denied our request, stating NICA already reimbursed a generator.‚Äù

‚ÄúThere is no monetary value you can put on what these children and families have lost,‚Äù Hammer said. ‚ÄúNor can you put a value on what they have and will miss out on. My child will never walk, never talk, never fall in love. He will never marry. He will never have children ‚Äî among other milestone celebrations most families get to experience.‚Äù

Shipley sat silently as Hammer and other parents directed their ire at her and the program she leads. In her resignation letter, submitted Wednesday, she praised the devotion of parents and caregivers. She will keep her title while spending part of the next few months on leave; her formal exit is in January.

Thursday‚Äôs was the first NICA board of directors meeting since lawmakers, responding to the Herald and ProPublica‚Äôs reporting, overhauled the state law governing the 33-year-old program. Among other things, the Legislature provided $10,000 in mental health benefits, required NICA to ensure participants have reliable transportation and set aside $100,000 for families to make their homes accessible for special needs.

For the first time, the board ‚Äî which previously had been dominated by representatives of the health care and insurance industries ‚Äî included a parent served by NICA, Renee Oliver, and an advocate for children with disabilities, interim Chairman Jim DeBeaugrine. He is a former director of the state Agency for Persons with Disabilities and cares for a disabled family member.

‚ÄúWe are always reminded of why we exist,‚Äù DeBeaugrine told the board. ‚ÄúThe family member who serves on the board will make sure we never forget that.‚Äù

The re-created board approved three policy changes Thursday that Shipley suggested: reimbursing families for home renovations they paid for out-of-pocket before the legislative reforms, continuing to pay families for caregiving while children are hospitalized and expanding compensation for families that have difficulty with transportation expenses for a disabled child.

Jackie Amorim‚Äôs daughter, Vera Sophia Haggenmiller, was born April 5, 2018, and accepted as a NICA participant in May of the following year. Amorim told the board Thursday that many parents depend on the salary NICA pays them to provide in-home nursing and caregiving, as caregiving demands forced them to abandon jobs and careers.

But when their children are hospitalized, the paychecks cease ‚Äî even though hospitals rarely are able to provide the level of care such children require ‚Äî leaving families in a financial hole. The policy effectively ‚Äúpenalizes‚Äù the families whose children are the most fragile, she said.

Children like Vera ‚Äúcannot express pain, cannot call for help, and cannot push the call button‚Äù for a nurse, she said, making it impossible for families to leave their children behind in the hospital. ‚ÄúIt‚Äôs traumatic to be in the hospital,‚Äù she said. ‚ÄúThis is a horrific policy to me.‚Äù

But, in the past, when Amorim and other parents asked for relief ‚Äúwe were just treated as if we were complaining.‚Äù

The older sister of NICA participant Justin Nguyen, whose birth injury left him profoundly impaired, was visibly angry when she told board members that Shipley and NICA had ‚Äúmade our lives pure hell‚Äù during the two decades the program has served her brother.

‚ÄúYou need to find somebody who actually cares and is compassionate instead of using families,‚Äù 31-year-old Jennifer Pham said to the board.

She then addressed Shipley directly: ‚ÄúI‚Äôm damn glad to see you gone.‚Äù A Timeline Of Accidental Deaths On Hollywood Sets In... Allan M. Brown Of Countryside Is The Suspect In Keno...