HARRISBURG, Pa. (AP) — Pennsylvania school districts will be allowed to modify or end the mask mandate for K-12 students in January, Gov. Tom Wolf announced Monday, saying it is “time to prepare for a transition back to a more normal setting.” The Democratic governor said that, on Jan. 17, he expects to turn over […]

HARRISBURG, Pa. (AP) — Pennsylvania school districts will be allowed to modify or end the mask mandate for K-12 students in January, Gov. Tom Wolf announced Monday, saying it is “time to prepare for a transition back to a more normal setting.”

The Democratic governor said that, on Jan. 17, he expects to turn over decisions about masking to local school officials, although the acting health secretary’s current mask mandate for early learning programs and child care facilities will remain in place.

The Wolf administration imposed a statewide mandate in early September, citing a surge in infections and hospitalizations from the highly contagious delta variant of the coronavirus. The order from acting Health Secretary Alison Beam required that students, staff and visitors at K-12 schools and child care facilities wear masks while indoors, regardless of vaccination status.

The decision to end the statewide mandate comes days after federal officials approved the COVID-19 vaccine for younger children.

“Now, we are in a different place than we were in September, and it is time to prepare for a transition back to a more normal setting,” Wolf said in a statement released by his office. “Unfortunately, the COVID-19 virus is now a part of our daily lives, but with the knowledge we’ve gained over the past 20 months and critical tools like the vaccine at our disposal, we must take the next step forward in our recovery.”

The administration did not indicate whether changing public health conditions might stop Wolf from ceding decision-making authority on masking to school districts.

“We will continue to monitor trends to ensure that students, faculty and staff continue to learn and work in person in a safe environment,” Wolf press secretary Beth Rementer said in an email.

In a note sent Monday to school districts, Education Secretary Noe Ortega said his department will provide “clarifying guidance” in the coming weeks.

The mandate sparked fierce backlash among some parents, and two lawsuits seeking to overturn it are pending.

House Education Chair Curt Sonney, R-Erie, said in the Capitol on Monday that Wolf’s decision was “about time,” and House Republican caucus spokesperson Jason Gottesman said local choice on masks should be allowed right away.

Gottesman said local decision-making was contentious but productive before the mandate was imposed.

“The decision today would have the unfortunate impact of forcing these local elected leaders, many of whom are newly elected, into the trying circumstance of relitigating these already-made decisions,” Gottesman said.

Leonard Rich, superintendent of Laurel School District in Lawrence County, said his district will make masking optional as soon as the statewide mandate is lifted. He said coronavirus cases in his small district have remained low even though mask-wearing has been spotty among students.

“I think schools will shed these mandates rather quickly, and I think that Jan. 17 is about five months too late to return it to a local decision,” he said.

Wolf had previously vowed that masking would remain a local decision, but reversed course in late summer. He said then that a universal, statewide order was warranted after most of the state’s 500 districts did not impose their own mask requirement for schools.

Beam, acting Health Secretary, said in a statement that she hoped school officials will “take steps necessary at the local level to preserve in-person education,” and encouraged schools to follow guidance from the U.S. Centers for Disease Control and Prevention.

Two pending lawsuits assert the Wolf administration had no legal right to impose the mask mandate. The plaintiffs — among them the top leader of the state Senate, President Pro Tempore Jake Corman, R-Centre — include parents who contend that masks interfere with their children’s breathing and cause other problems. Pennsylvania’s Commonwealth Court heard arguments in the suits last month but has yet to rule.

Despite many Republican state lawmakers being opposed to the mask mandate, the GOP-majority Legislature has not approved legislation to overturn it.

Schools are largely back to offering in-person instruction. Despite the universal masking order, more school-aged children are being infected with the coronavirus this academic year than last, when many schools were teaching remotely or using a hybrid model. Nearly 5,000 children ages 5-18 contracted the virus in the week ending Nov. 2, nearly three times as many as in the same week in 2020, according to the state Health Department.

Beam’s masking order said school officials who do not enforce it may face criminal penalties and could lose immunity from civil lawsuits. 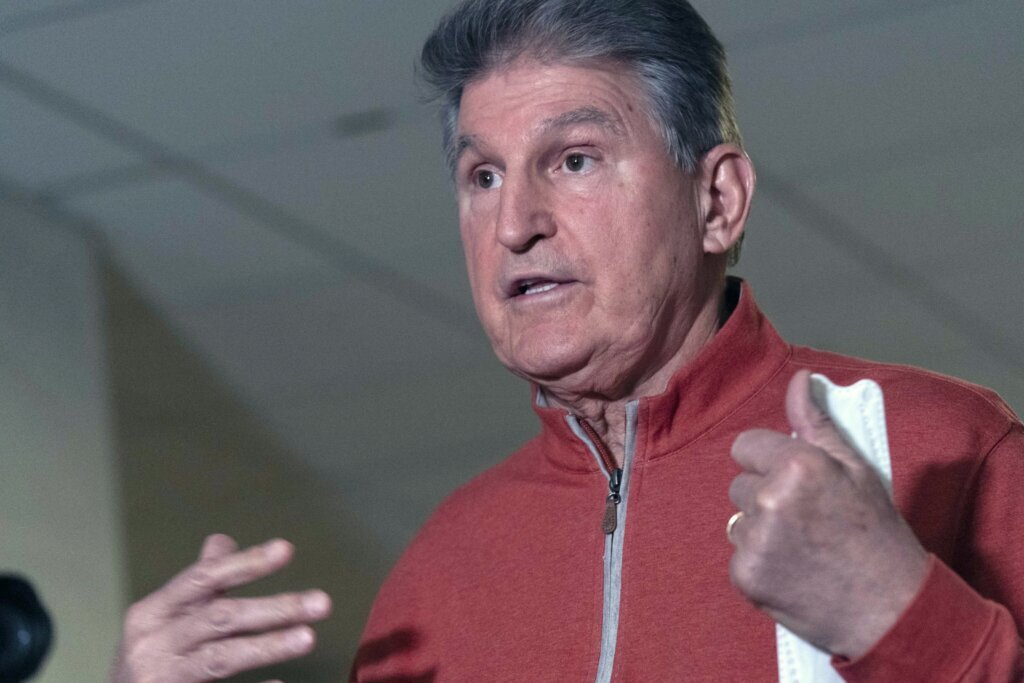 EXPLAINER: Why is filibuster such a...